24th Conference of the Regional Commission for Africa (online)

The 24th Conference of the Regional Commission for Africa takes place in the virtual space, with high numbers of Member Countries participating, along with multiple regional and international stakeholders with an interest in animal health and welfare in Africa.

More than 150 participants took part in the 24th Conference of the OIE Regional Commission for Africa, which took place from 9 to 11th of February 2021 in the meanwhile popular Kingdom of Zoom.

The Conference, attended by 52 out of the 54 OIE Member Countries on the continent, was chaired by Dr. Honoré Nlemba Mabela, OIE Delegate of the Democratic Republic of Congo and President of the OIE Regional Commission for Africa, along with Dr. Botlhe Michael Modisane, OIE Delegate of the Republic of South Africa and immediate past-President of the OIE World Assembly of Delegates and the OIE Council. 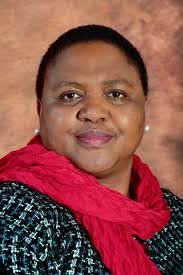 Opening statements were delievered by the representative of H.E. Mrs Josefa Sacko, African Union Commissioner for Rural Economy and Agriculture, as well as the Ministers in charge of animal health and welfare from Madagascar and the Republic of South Africa, the Hon. Mr. Fanomezantsoa Lucien Ranarivelo, Minister of Agriculture, Livestock and Fisheries (download the speech in French); and the Hon. Mrs. Angela Thokozile Didiza, Minister of Agriculture, Land Reform and Rural Development respectively (download the speech in English).

Knowing very well that the pandemic we are experiencing now may be categorized as a human health problem, the world needs all available expertise including the veterinary expertise to help bring the pandemic situation under control… 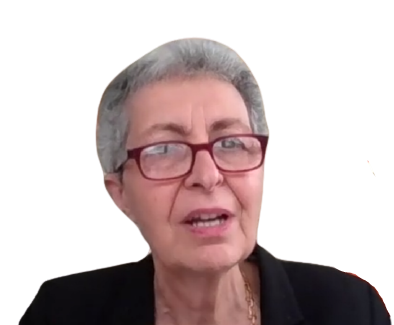 The OIE Director-General, in her opening address, thanked Minister Didiza for her presence and as spiritual patron of the Conference, as the Conference had initially been planned to be hosted in the Republic of South Africa. She also had a word of thanks to outgoing immediate-past President of the OIE, Dr Botlhe Michael Modisane, OIE Delegate of South Africa, with whom she worked closely in the implementation of the 6th Strategic Plan during his tenure as President of the OIE World Assembly and OIE Council from 2015 to 2018. In her speech she emphasised the challenges but also opportunities of operating in a digital environment and announced that the next General Session would also be held online.

…The COVID-19 crisis highlighted once again the need of more scientific expertise, in particular for assessing risks at the human/animal/environment interface as well as the importance of operational partnerships. In addition, the need of exchanging more data, and more sophisticated data with more partners, as well as the new modalities of working (i.e. teleworking for the staff and virtual meetings with you) reinforce the relevance of our engagement in a digital transformation of the Organisation...

The 52 African countries represented at the Conference were

Moreover, several international and regional organisations, donor agencies and other observers participated in the Conference (in alphabetical order) :

Represented at the meeting were also esteemed members of various OIE decision-making and scientific advisory bodies, such as Members of the OIE Council and Specialist Commissions, as well as representatives and designated experts of the various OIE Collaborating Centres and Reference Laboratories in Africa, as well as OIE staff from the Paris head office and other regional representations in the Americas, Europe, the Middle East and Asia and the Pacific. 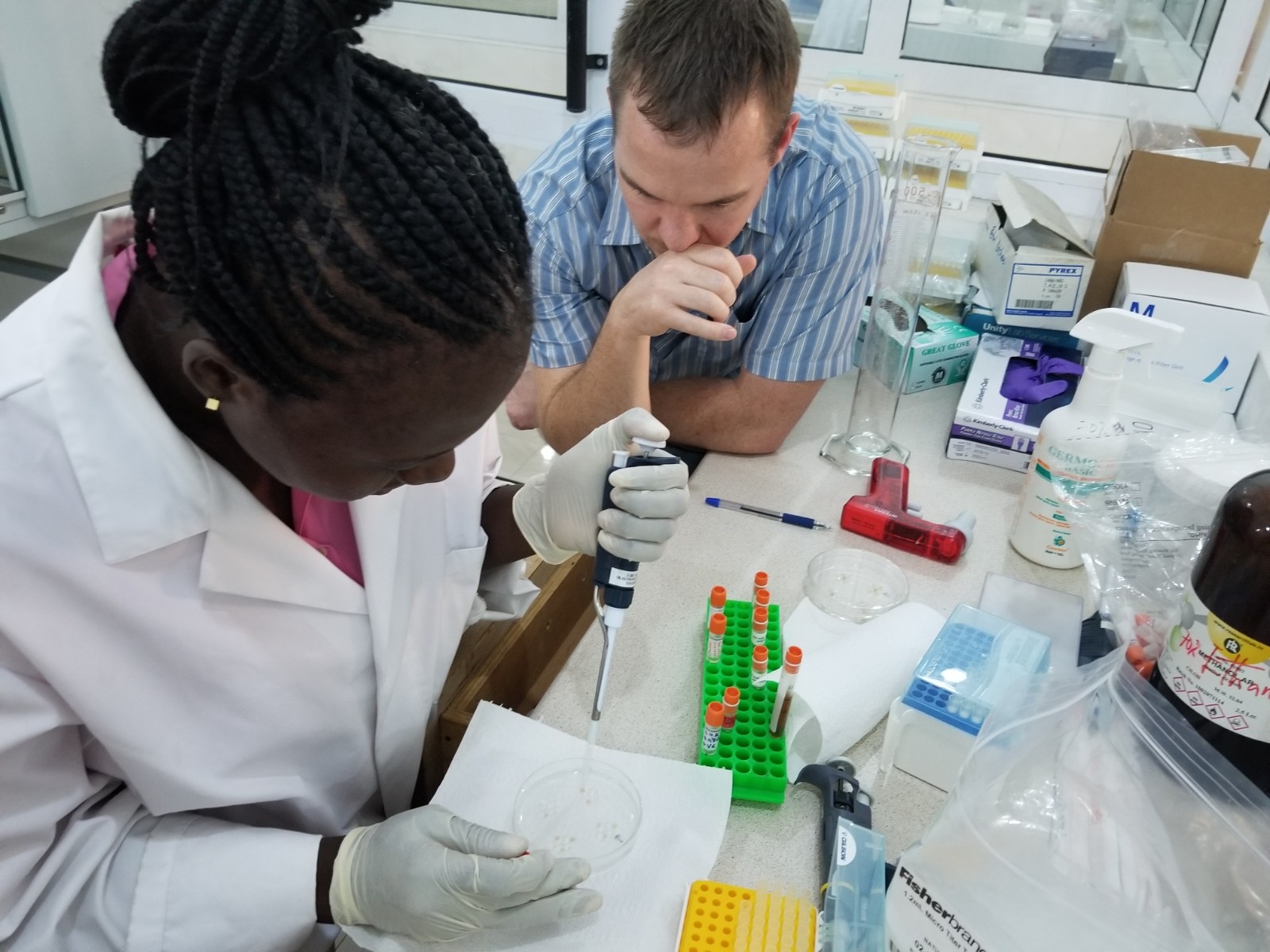 The first day’s technical session was introduced by an elaborate presentation of the OIE Director General on the challenges facing the OIE in the development and implementation of the 7th OIE Strategic Plan in the post-pandemic world of COVID-19, followed by other presentations on the subject of COVID-19, highlighting challenges faced and opportunities seized by a selection of Veterinary Services of Member Countries (South Africa, Ghana and Botswana) in the fight against COVID-19, to conclude with a presentation on OIE strategy to reduce risk and future disease-spill over events (the OIE wildlife health management framework). 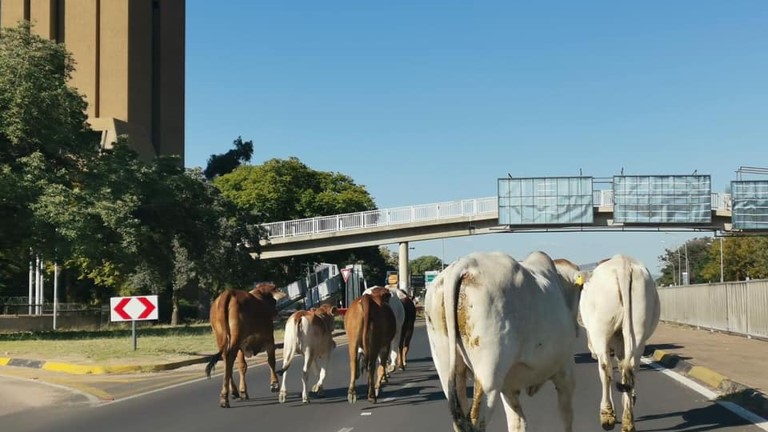 The session on day 2 was dedicated to various technical topics dealing with the ongoing global control, elimination and eradication programmes, starting with an overview of the animal health situation on the African continent, based on WAHIS data over the past two years, since the last Regional Conference held in Tunisia in 2019, with special attention for Foot and Mouth disease, African Swine Fever, Peste des Petits Ruminants and SARS-CoV-2 (in animals).

Thereafter, several other continental issues involving or affecting all or part of the Member Countries of the region were presented and discussed:

Along with presentations on the upcoming Aquatic Animal Health Strategy (Standards Department and Aquatic Animal Health Standards Commission) and the Veterinary Workforce development (OIE Bamako and Nairobi offices), updates were provided on the Africa chapter of the Global Framework for the progressive control of Transboundary Animal Diseases (GF-TADs for Africa) by the Secretariat. 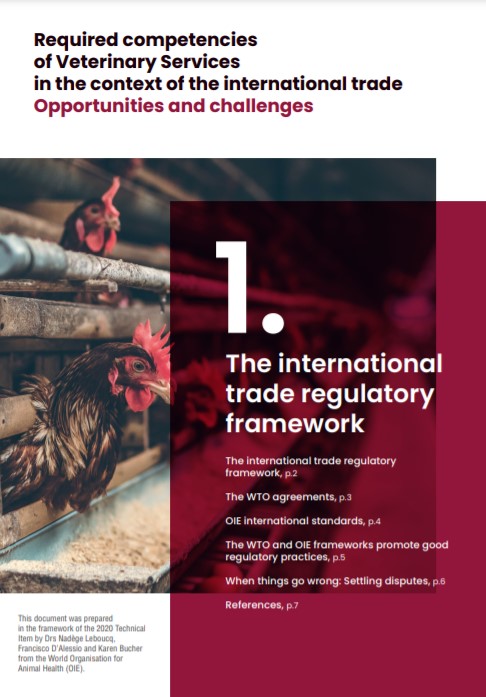 The Technical Item initially developed for the 2020 General Session (ultimately cancelled due to the COVID-19 crisis) was presented on day 3, during a closed session of OIE Delegates only (Required competencies of Veterinary Services in the context of international trade: opportunities and challenges), followed by several discussions on statutory matters related to the elections to be held at the first-ever digital and virtual OIE General Session, to be held from 24 – 28 May 2021.

The next (25th) Regional Conference will likely take place in Botswana, in February 2023.

11. Veterinary Services as essential services amidst a lockdown : South Africa (English I Anglais)

13. Impact of the crisis on animal disease surveillance and reporting, etc : Botswana (English I Anglais)

18a. Animal disease situation in Africa (English I Anglais)

18b. The new OIE-WAHIS system, to be launched shortly (English I Anglais)

20. OIE Activities on rabies in Africa (English I Anglais)

21. WHO Activities on rabies in Africa (English I Anglais)

23. GARC Activities on rabies in Africa (PARaCoN) (English I Anglais)

26. The Tripartite (+) partnership to combat AMR (English I Anglais) 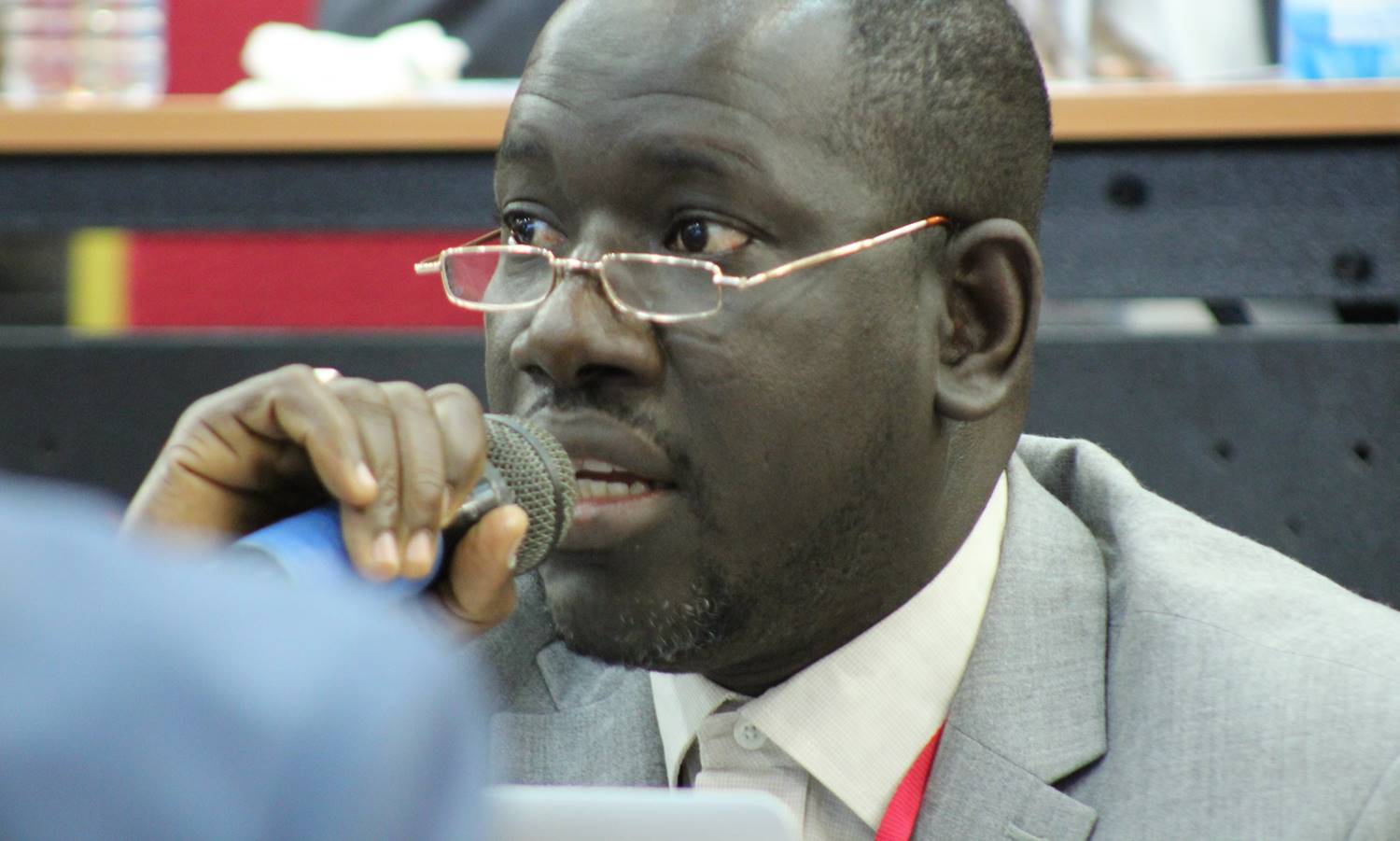 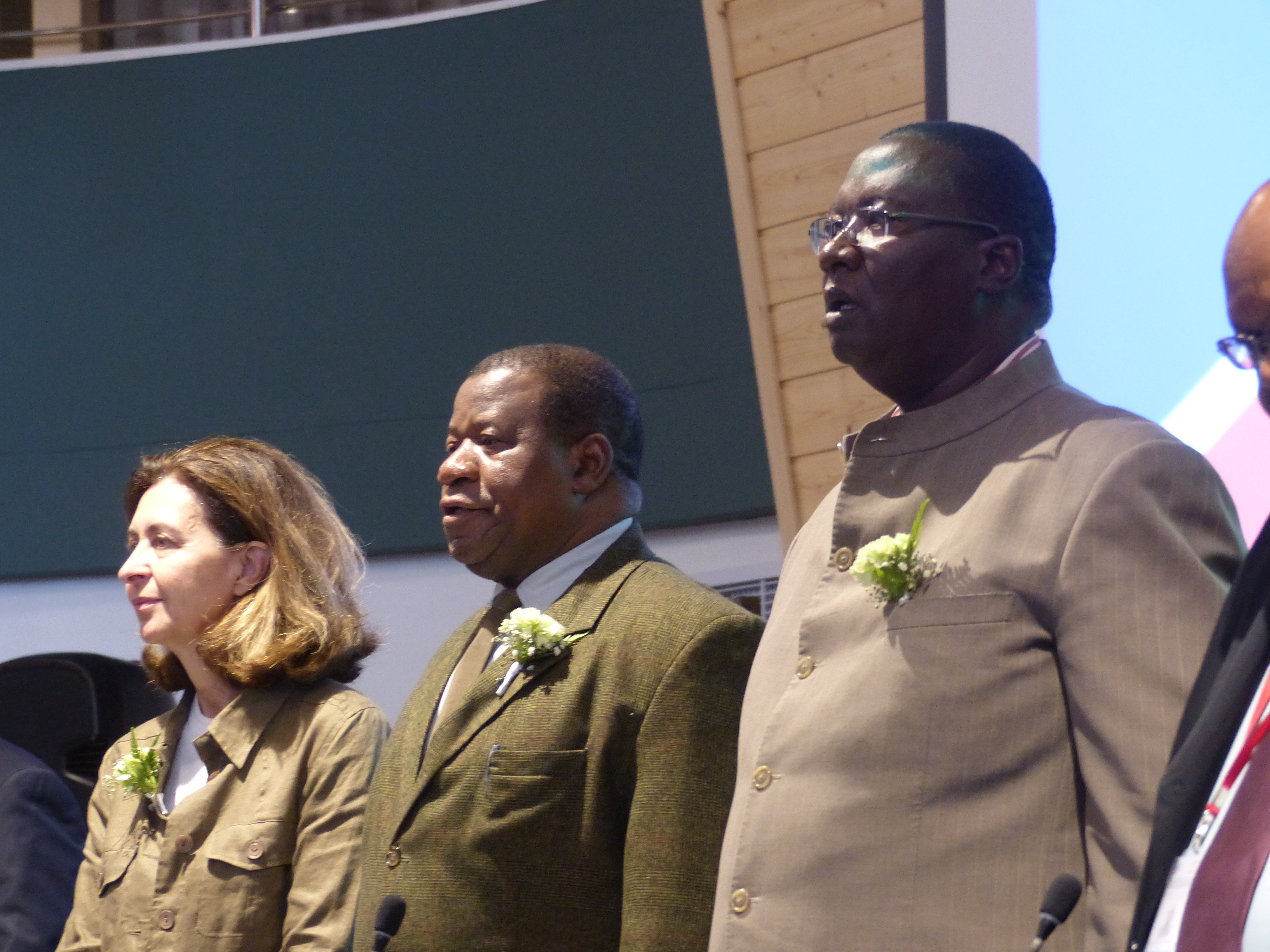 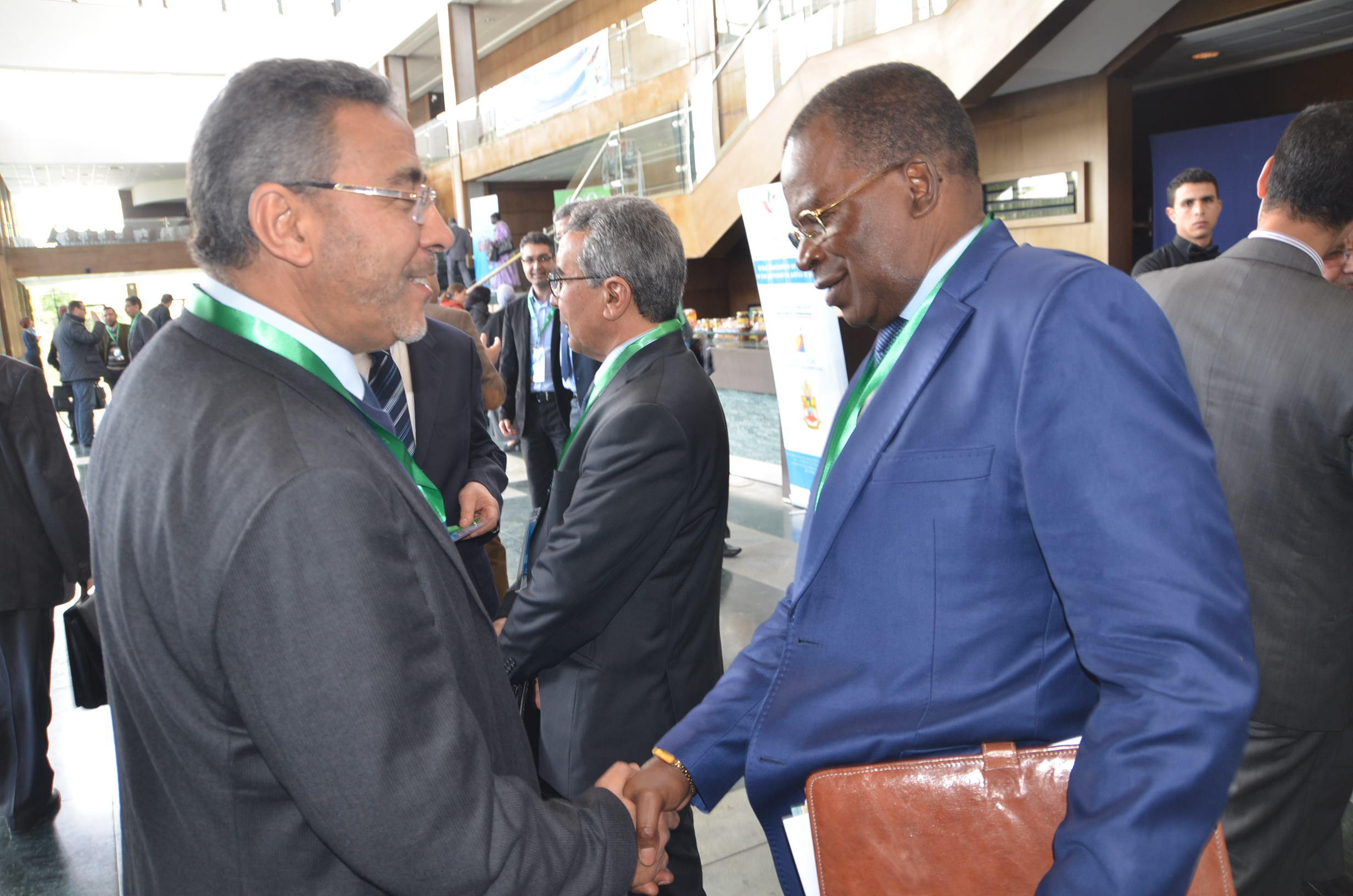