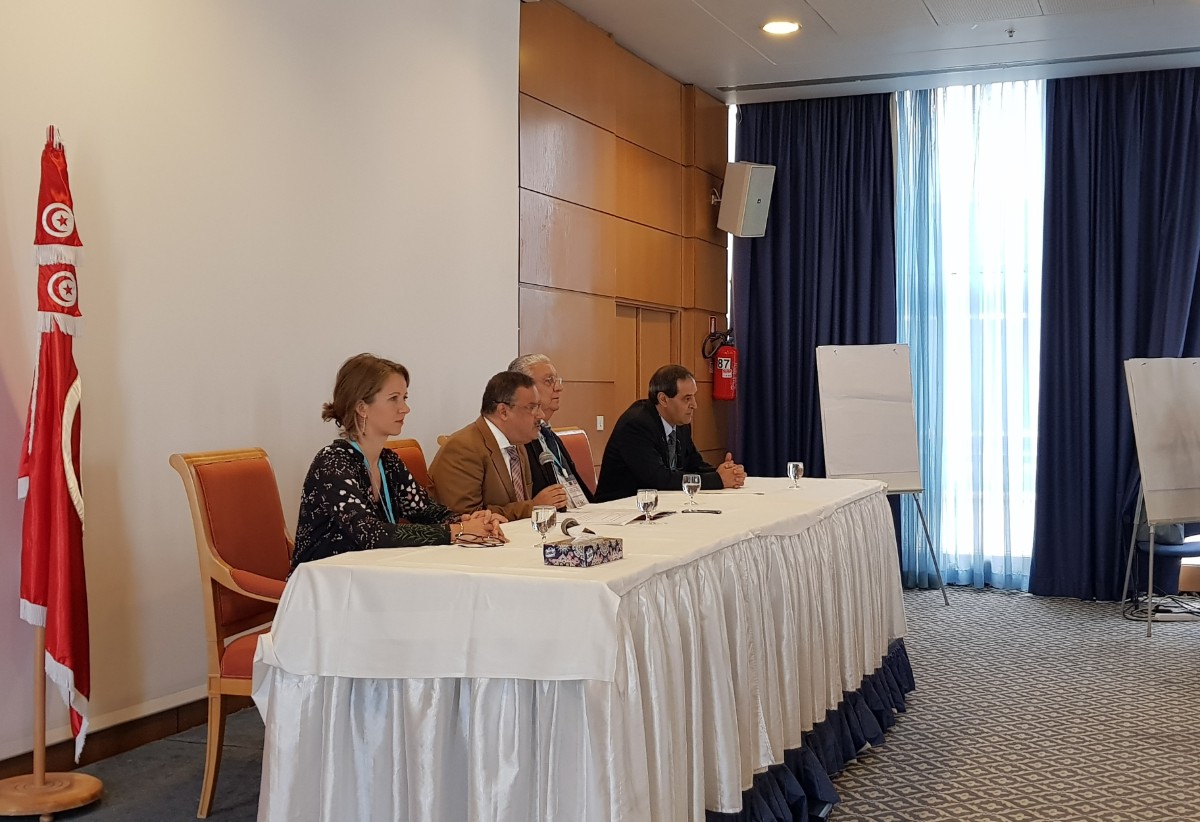 In the spotlight : the National Rabies Control Programme of the Ministry of Agriculture in Tunisia

On September 25 and 26, 2017, the OIE Sub-Regional Representation for North Africa organised a “Workshop on the Rabies National Control Programme of the Tunisian Ministry of Agriculture : feedback from the field, state of play and ways of improvement”, held in Tunis, Tunisia, in collaboration with the Tunisian Veterinary Services (Directorate-General of Veterinary Services).

The workshop, funded by the European Union, represented by the European Commission and the European Parliament, as part of the project to Strengthen Veterinary Services in Developing Countries (SVSDC), was aimed at the decentralised offices of the Ministry of Agriculture involved in the fight against rabies.

The Tunisian Minister of Agriculture, Water Resources and Fisheries, H.E. Samir Taïeb, opened the workshop in the presence of Dr. Malek Zrelli, Chief Veterinary Offiver of Tunisia, and Dr. Rachid Bouguedour, OIE Sub-Regional Representative for North Africa. The latter welcomed the improvement of the situation observed in recent years – no cases of human rabies to date in 2017 – but found it unacceptable that there are still human deaths due to rabies in Tunisia.

He then outlined the main priorities for the future animal-mediated rabies strategy – in order to eliminate human rabies – namely:

The aim of this workshop was to bring together all field staff involved in the fight against rabies in Tunisia to review, based on the feedback from field vaccinator teams, the current strategy and consider ways of improvement towards implementation in the coming years,

Overall, the workshop was attended by approximately 70 participants, mainly from the Decentralized Tunisian Veterinary Services (CRDA) and from the central level (DGSV), as well as officers from various agencies under the Ministry of Agriculture: CNVZ, IRVT, Veterinary Council, etc., as well as veterinary practitioners and veterinary students.

The workshop was facilitated by Dr. Kaouther Oukaili, Rabies Programme Officer in the Tunisian Ministry of Agriculture, assisted by several DGSV officers, along with rabies experts, such as Dr. Florence Cliquet (Head of the Lyssa-virus Unit of the ANSES Rabies and wildlife Laboratory in Nancy) and communication experts, such as Dr. Catherine Bertrand-Ferrandis (Head of the OIE Communication Unit) and Ms Valerie Vouligny (Director of the Life AH communication agency).

By way of introduction, Dr. Kaouther Oukaili presented an overview of the situation in Tunisia in respect of the epidemiological situation of animal rabies and the control options in the fight against the disease.

Dr. Catherine Bertrand-Ferrandis, introduced the “One Health” concept, developed following the avian flu crisis in order to avoid the possibility of human contamination from sick animals, a crisis during which several hundreds of human casualties were reported worldwide. She pointed out that rabies kills nearly 70,000 people every year in the world, mostly in Asia and Africa and went on to present the global rabies strategy that was first presented at the Global Conference in Geneva in December 2015, the objective of which is the eradication of human rabies by focusing on the transmission from the dog. Mass vaccination of dogs in general – facilitated by the use of regional OIE vaccine banks – is expected to achieve the target set by this global strategy: zero human deaths by 2030.
In addition, Ms Valérie Vouligny stressed the importance of rabies communication, which targets many, diversified, actors. In particular, she stressed the importance of defining the message according to the target audience.

In summary, the 7 major points (the 7 “Cs”) to have in mind when contemplating communication are:

In order to illustrate that the strategy validated at the global level is indeed effective, Dr. Jocelyn Merot presented several campaigns conducted in different countries or cities which led to a significant reduction in the number of cases of rabies, or even to the elimination of the disease. Several “success stories” were cited: the example of Zanzibar, Namibia, Kenya, Mexico City, Lima, in Peru, Indonesia, the Philippines … He stressed the need for collaboration of all actors concerned and the teams work on the ground to achieve success, as well as the importance of integrating “dogs at risk” into the mass vaccination programmes (i.e. the difficult dogs that are usually overlooked by the teams implementing the annual vaccination programmes). Hence, the interest of training such field teams in the capture of such dogs. The collaboration between the veterinary services and the municipal services in Tunis is an example to follow in order to improve the management of difficult dogs (stray dogs, semi-stray dogs, owned dogs which are too aggressive to be approached,… ) and to better control the stray dog ??population by combining a sterilisation and euthanasia programme with a vaccination programme. In conclusion, Dr. Jocelyn Merot hopes that the example of Tunisia will soon be included in aforementioned “success stories”.

Dr. Soumaya Ben Chehida presented the action of the Urban Environment Protection Directorate of the Tunis Municipality in the management of stray dogs and in particular highlighted the progress made since the participation of their operatives in the Training workshop on the handling of stray dogs or aggressive dogs, organised by the OIE Sub-Regional Representation for North Africa in collaboration with the Tunis Municipality and the Tunisian Veterinary Services (DGSV) in Tunis, Tunisia in May 2017. She also welcomed the participation, since early September, of veterinary interns as part of an agreement with the Sidi Thabet National School of Veterinary Medicine (ENMV).

From day one onwards, participants, through practical group exercises, worked on the aforementioned 4 selected priority areas to improve the rabies strategy, namely:

Discussions were very constructive throughout the two days of the workshop and covered many topics such as, for example :

During the second day of the workshop, the participants also worked in groups on situational exercises to familiarise themselves with some of the communication tools presented the previous day.

The workshop was wrapped-up by Dr. Kaouther Oukaili who presented draft recommendations and areas for improvement of the future rabies control strategy.

In the short term, a working group will prepare a final document, a summary of which will be presented to the Minister of Agriculture in order to release the budget necessary for the implementation of an effective rabies control action plan and to keep the number of human cases at zero… 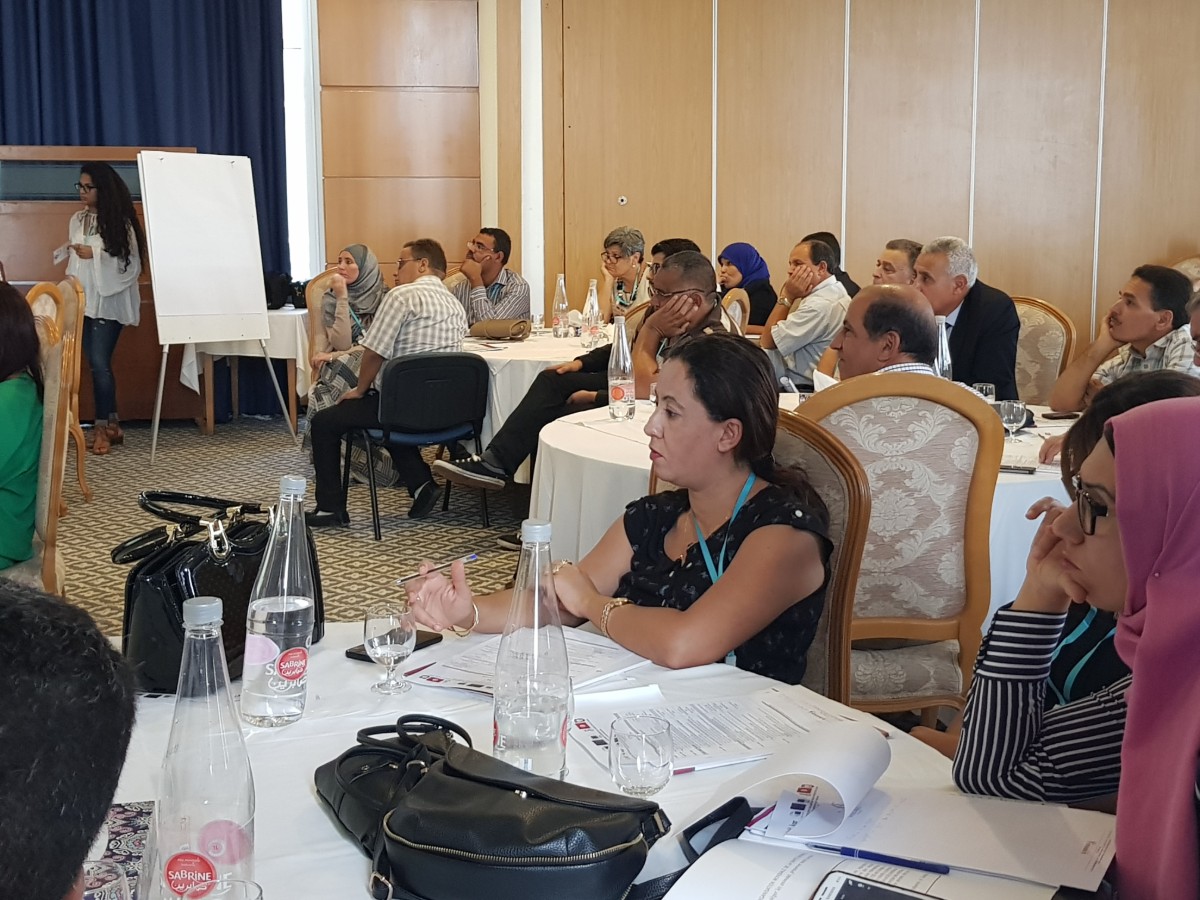 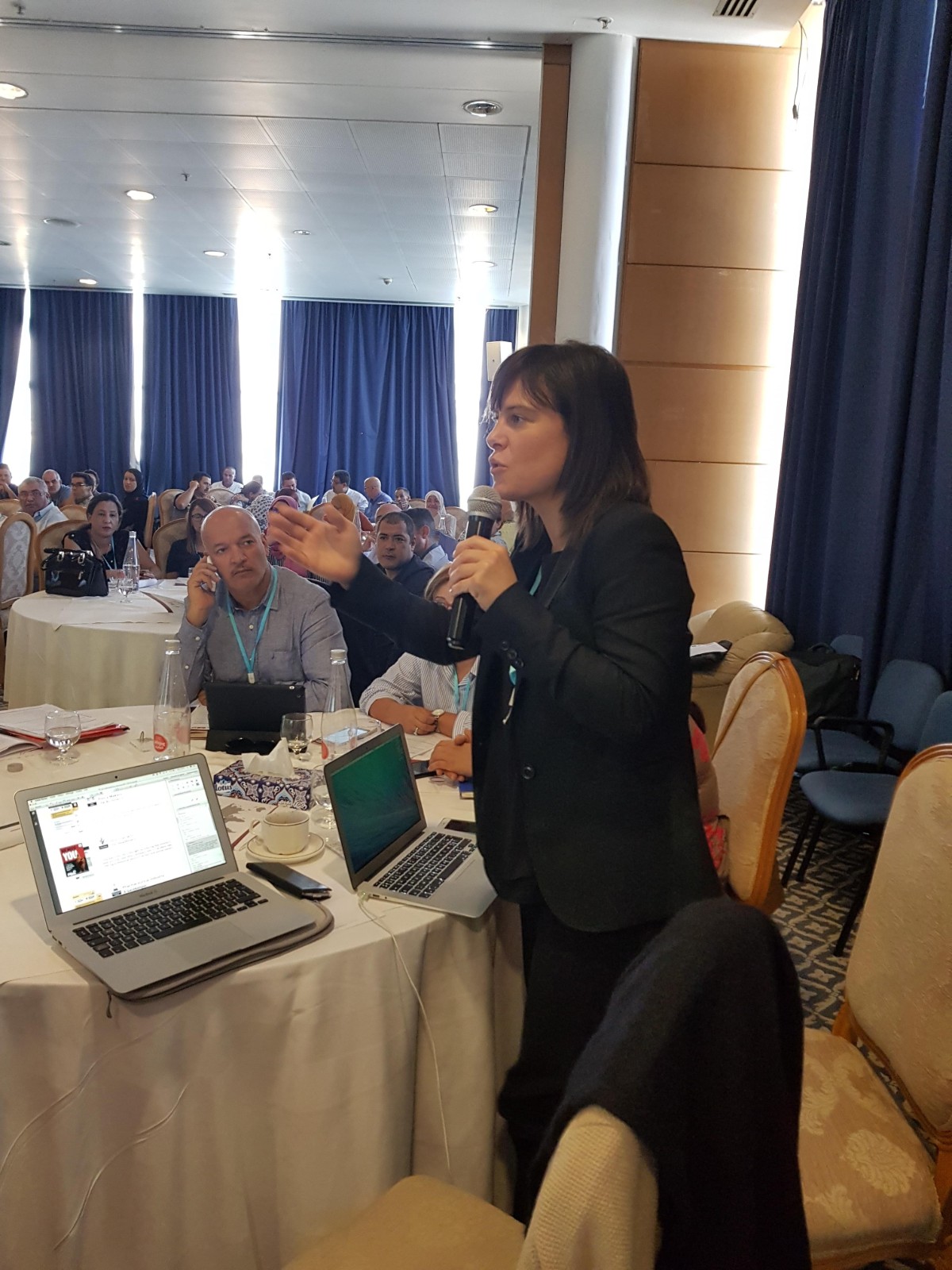 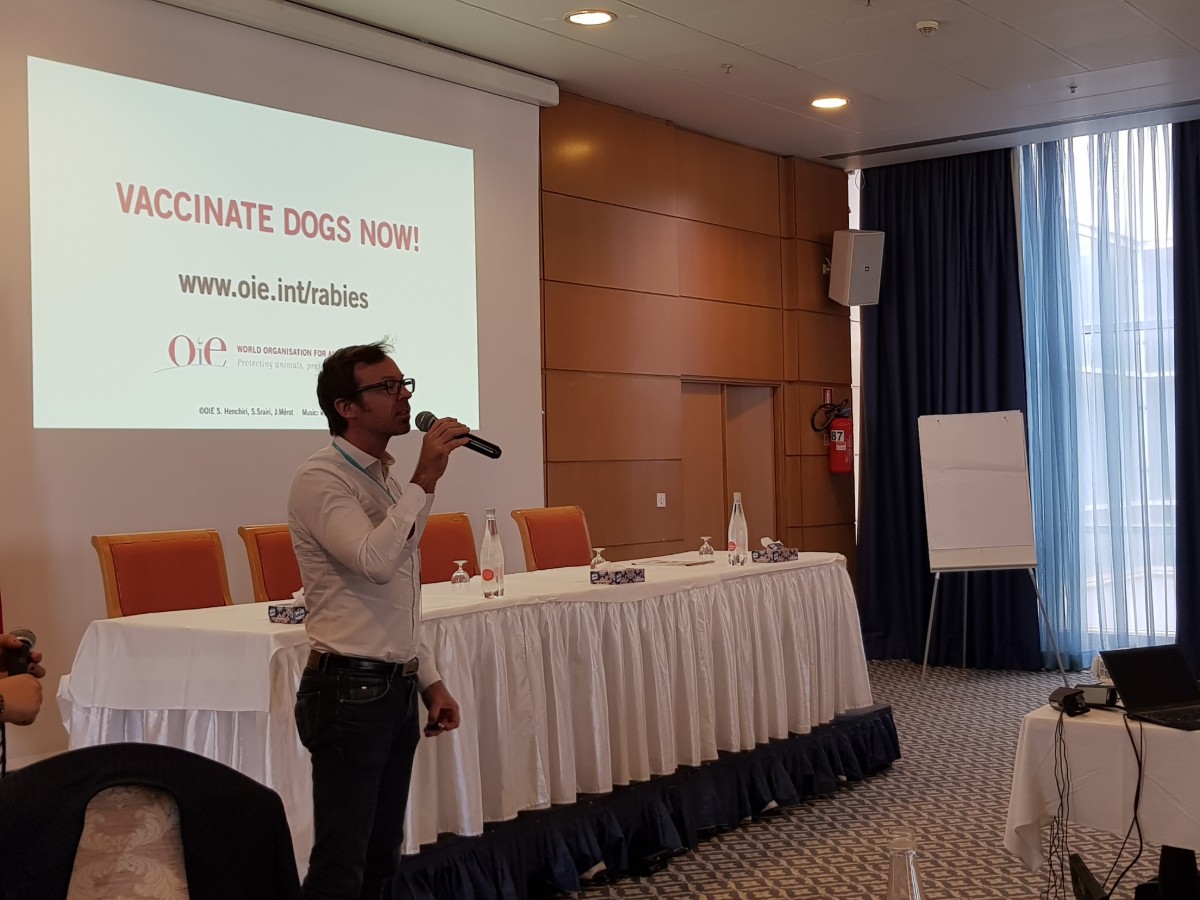 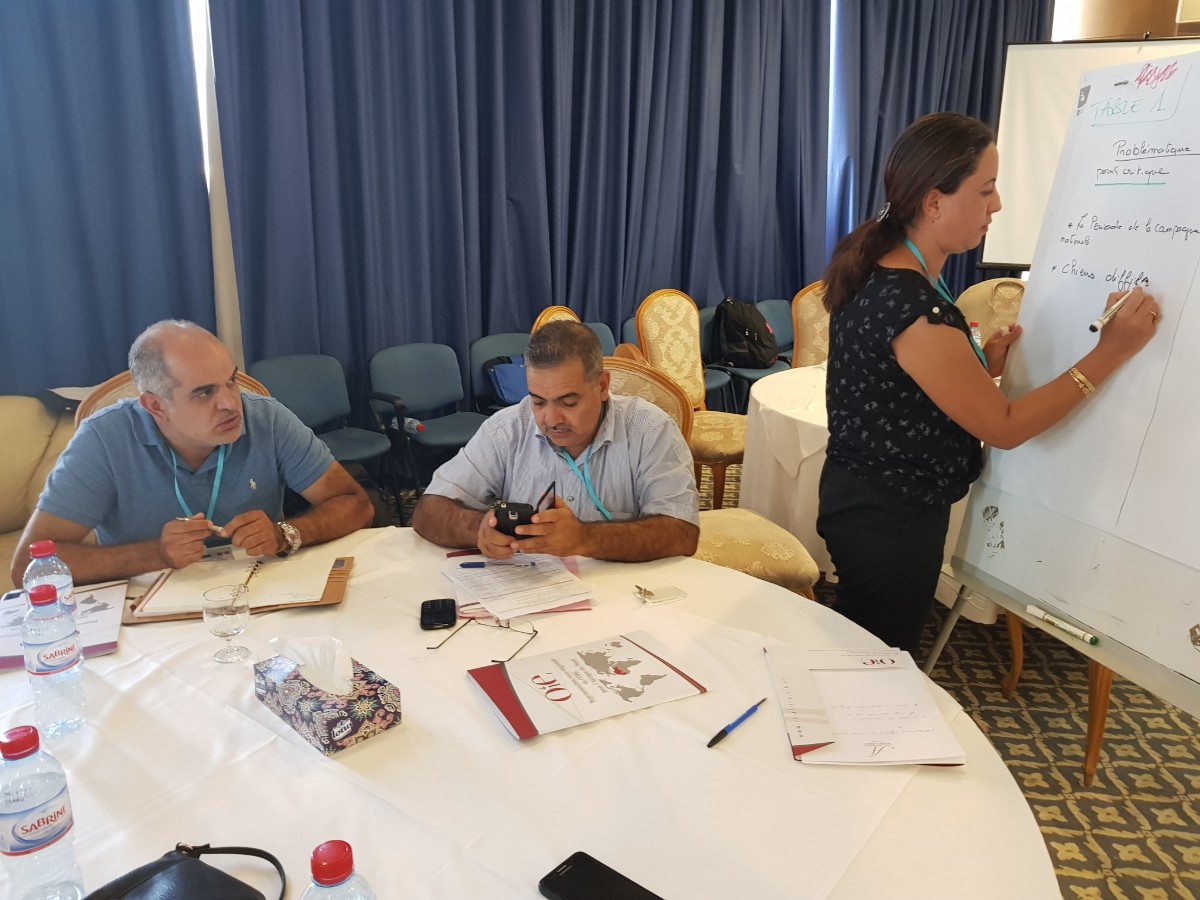 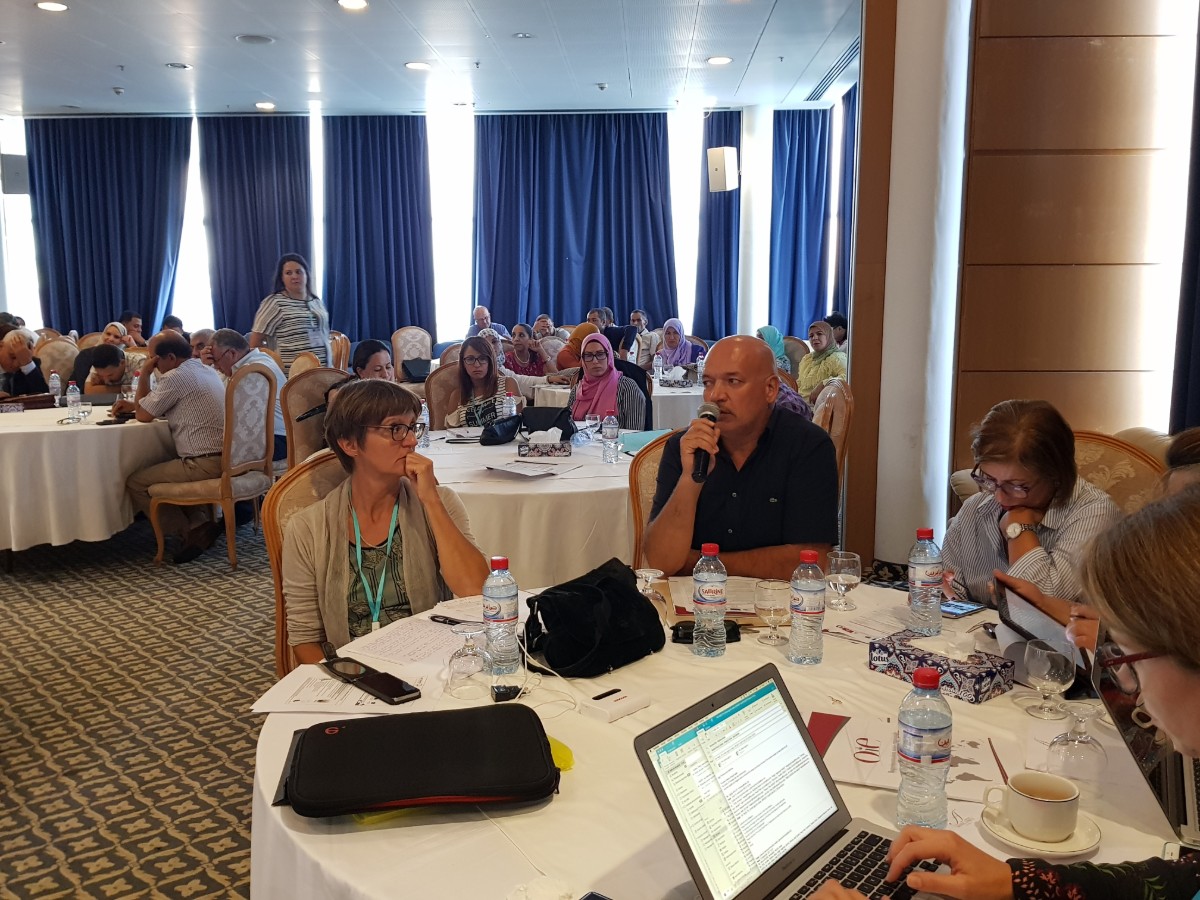 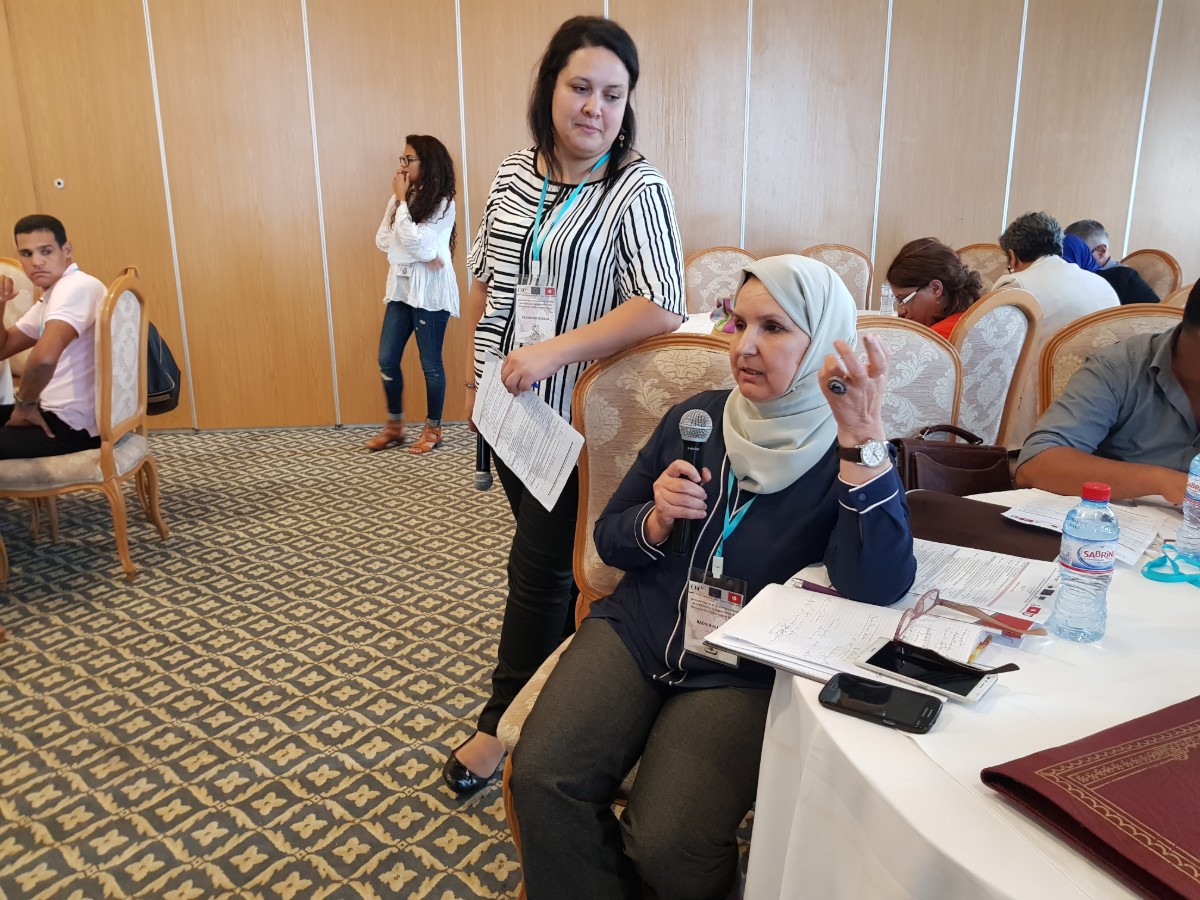 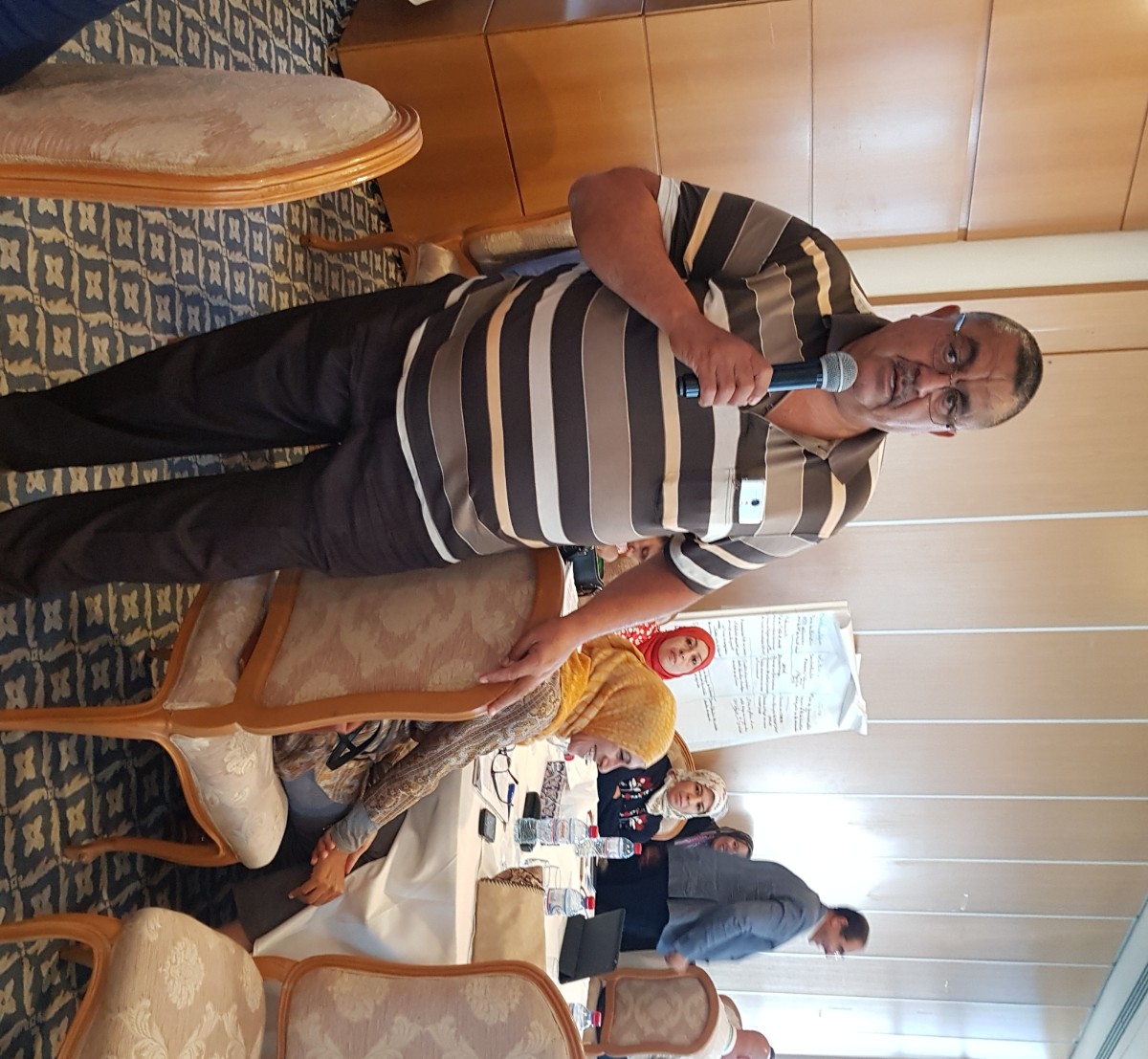 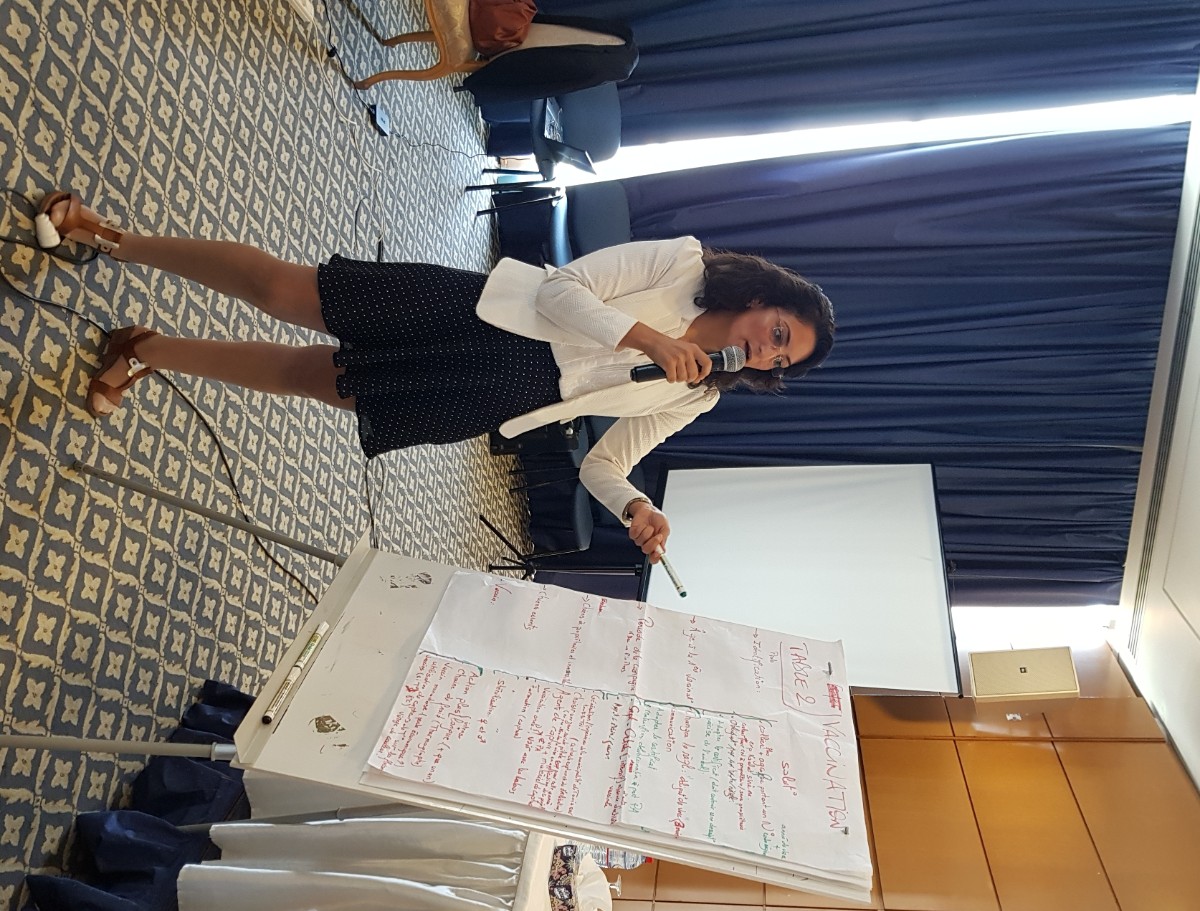 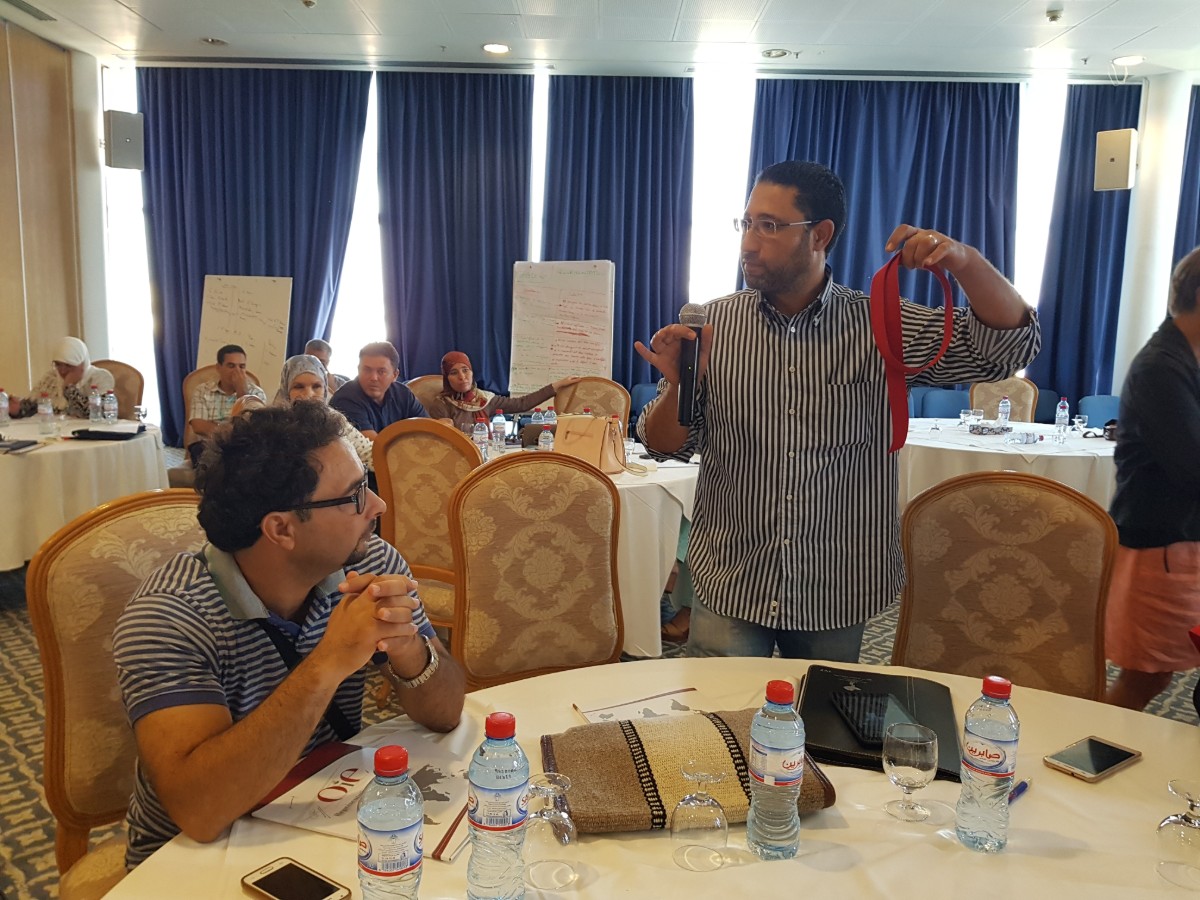 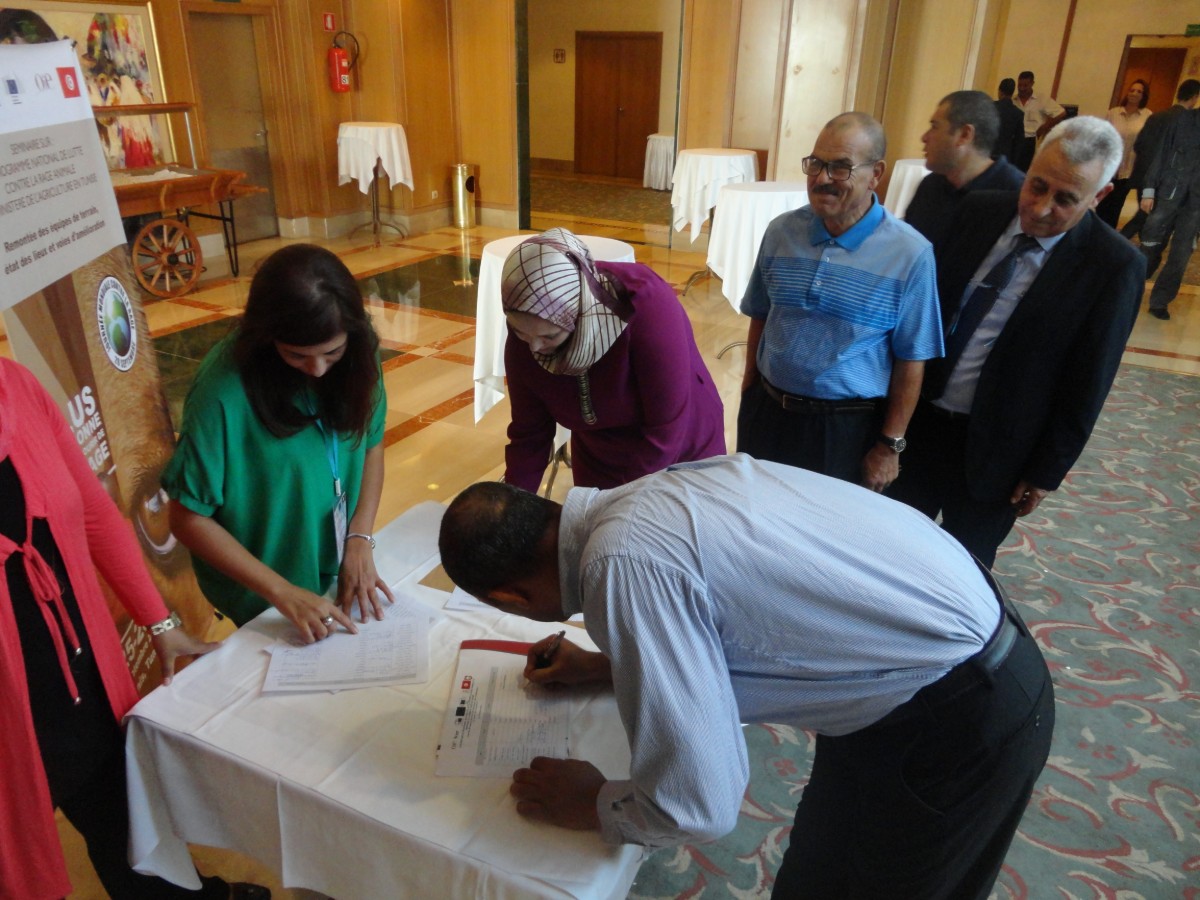 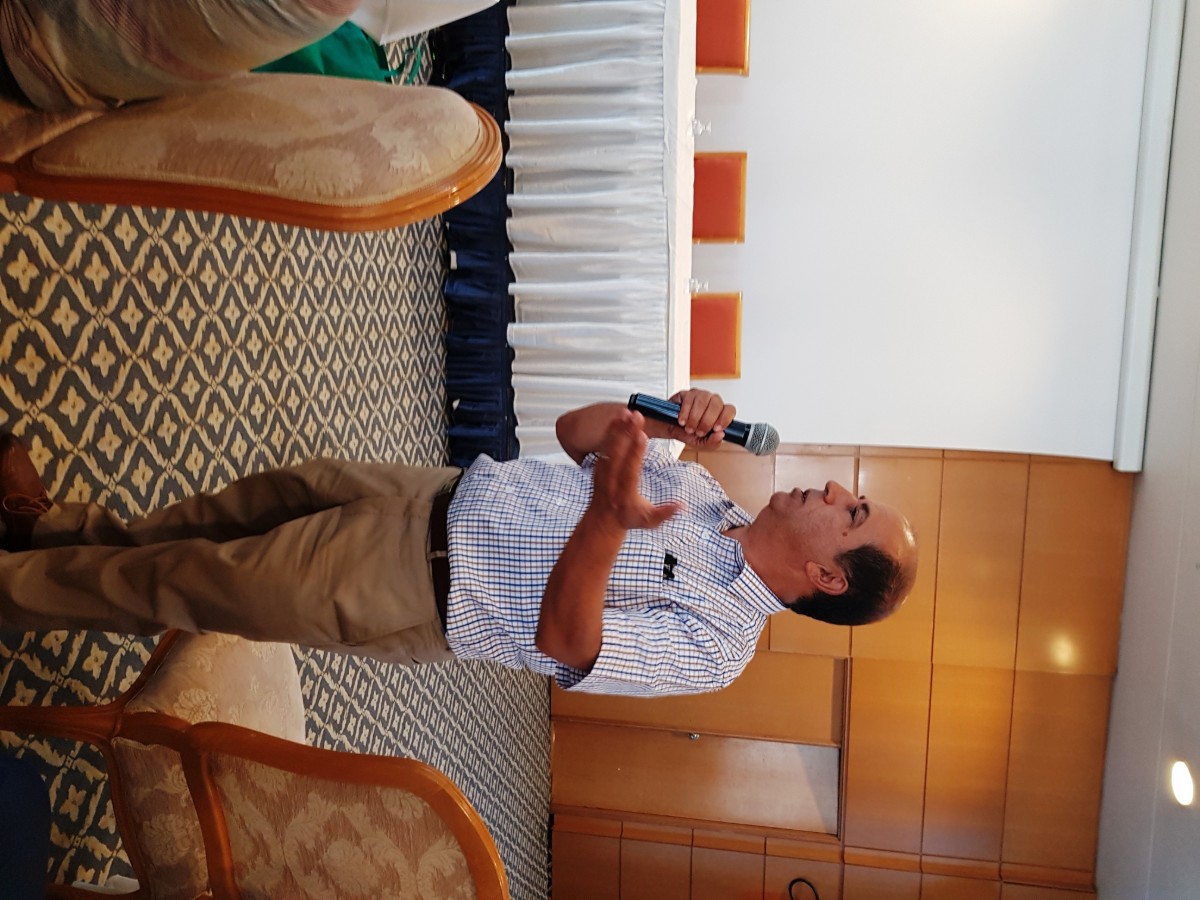 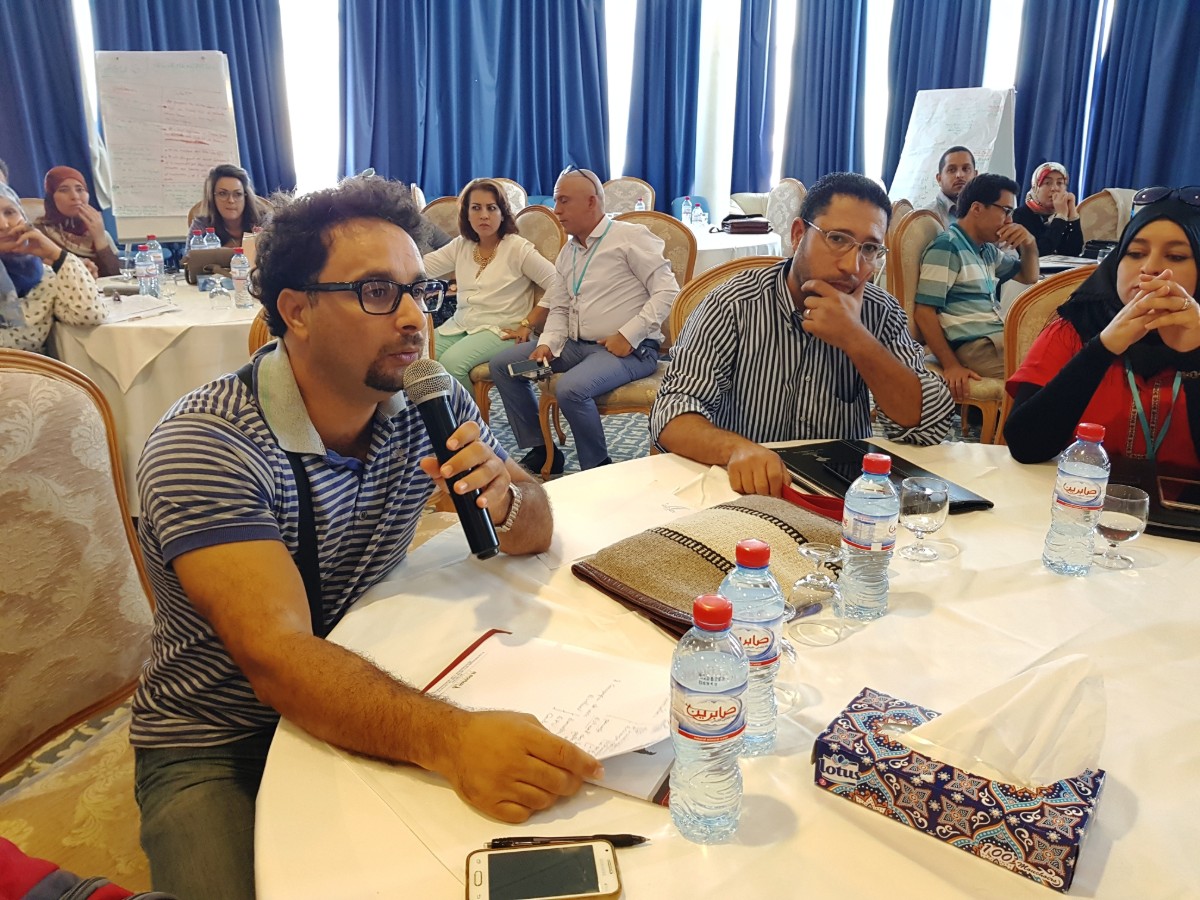 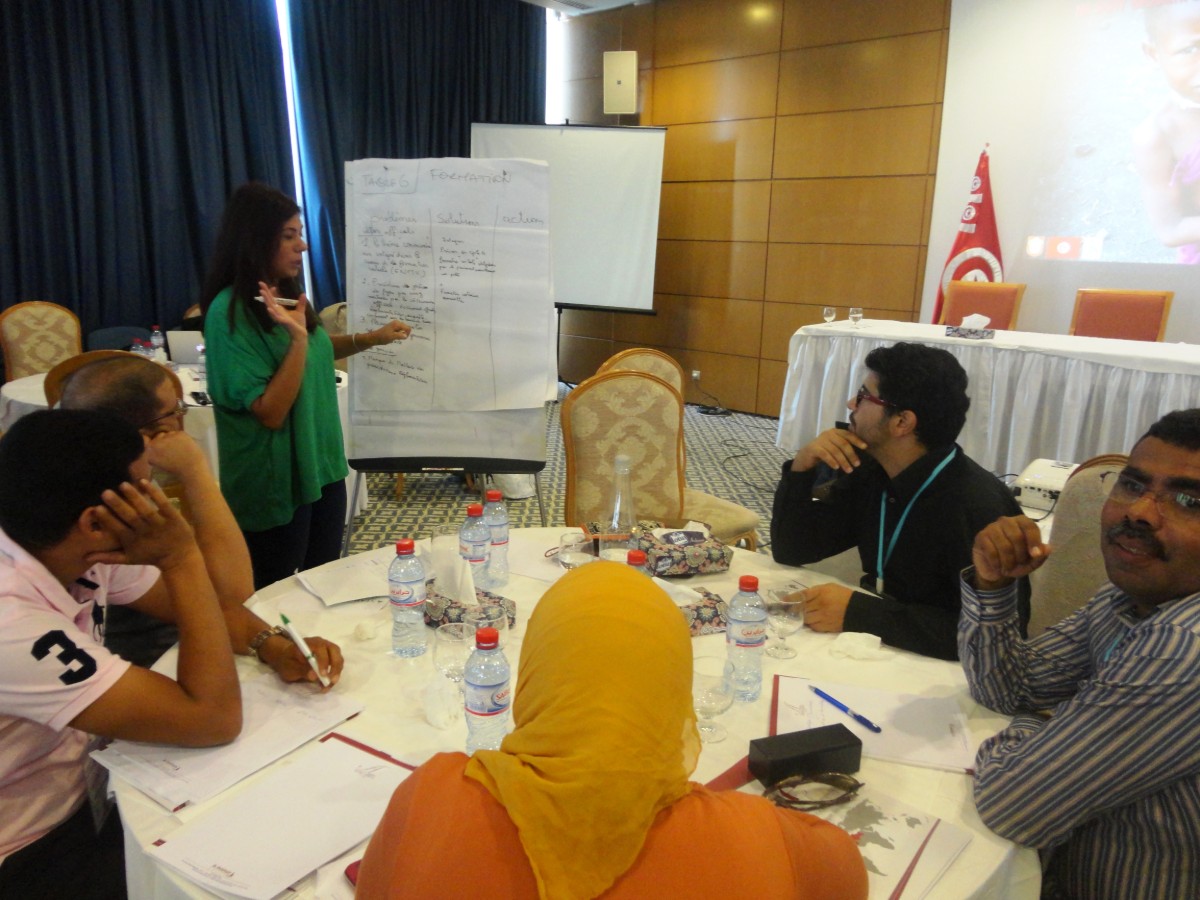 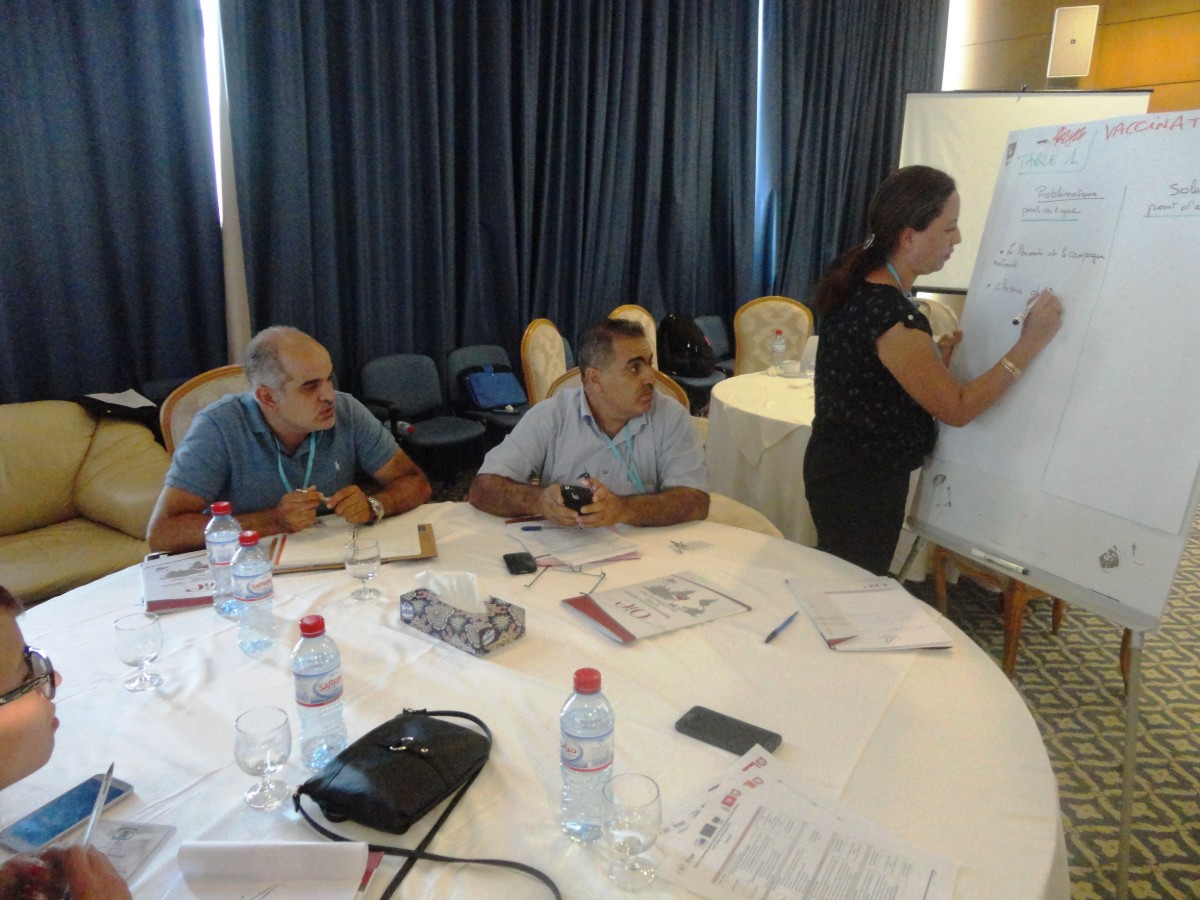 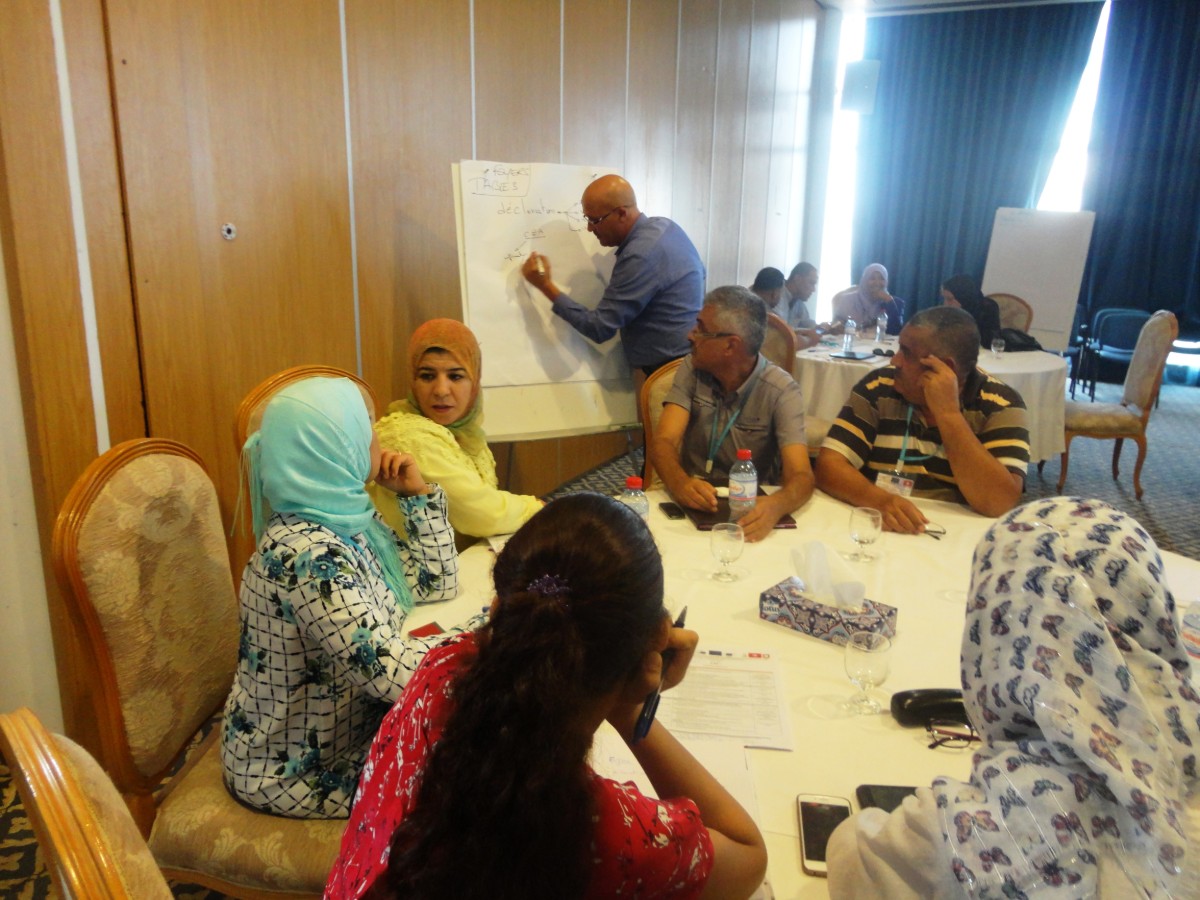 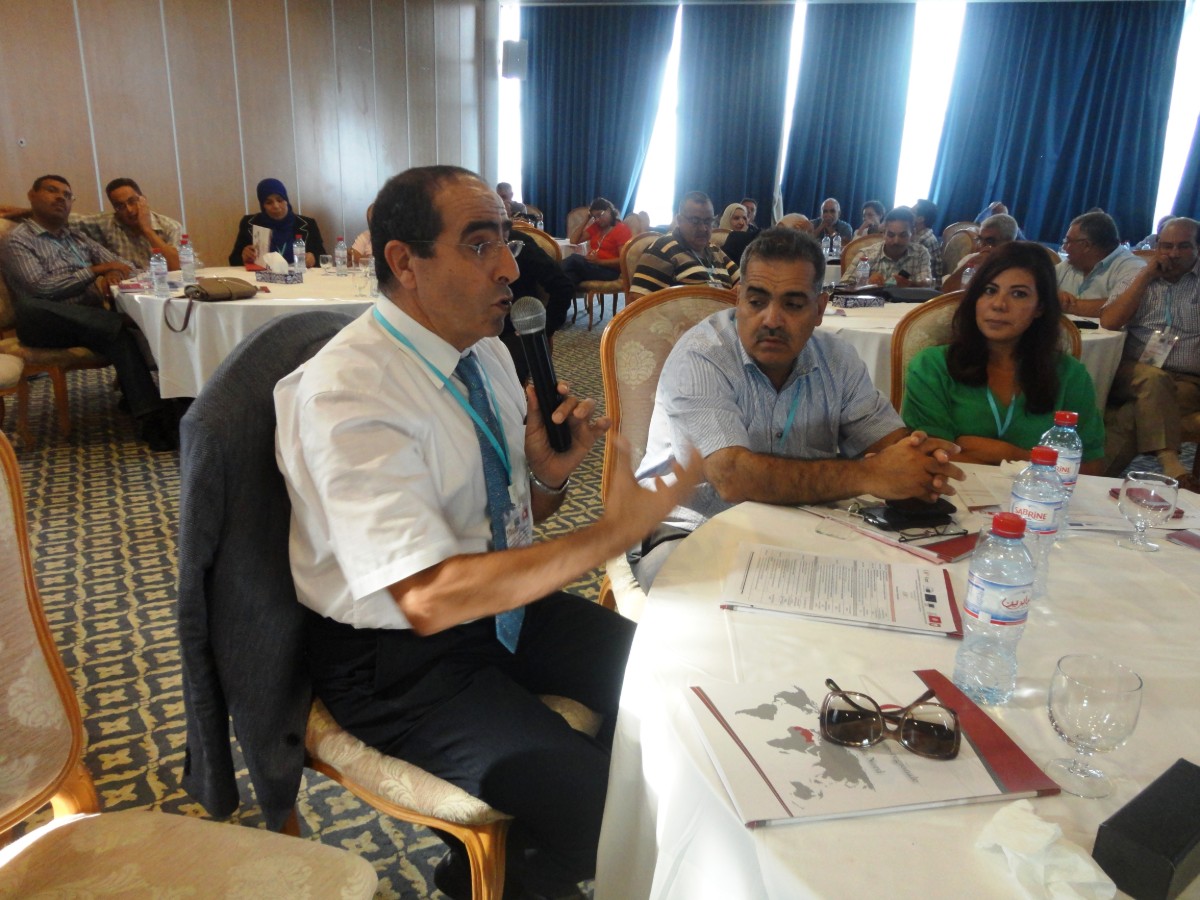 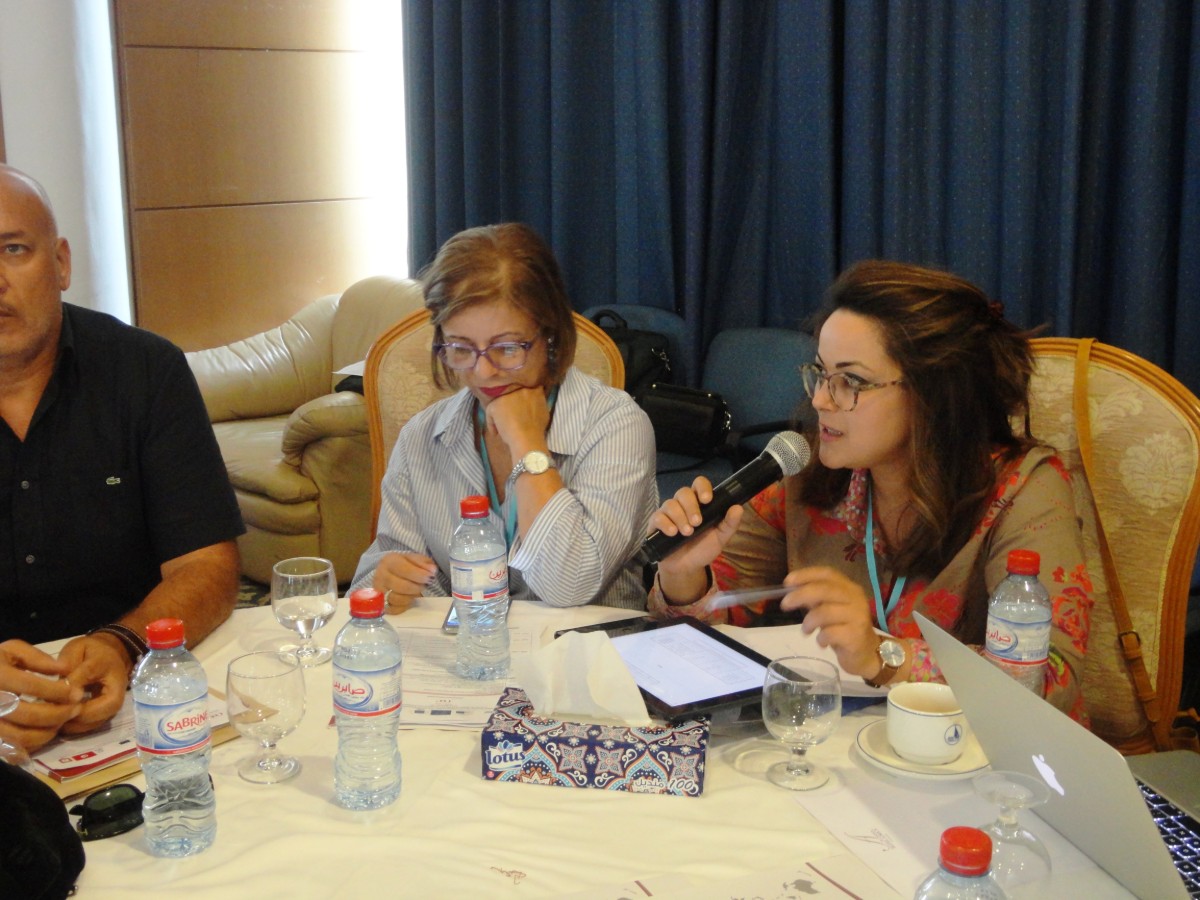 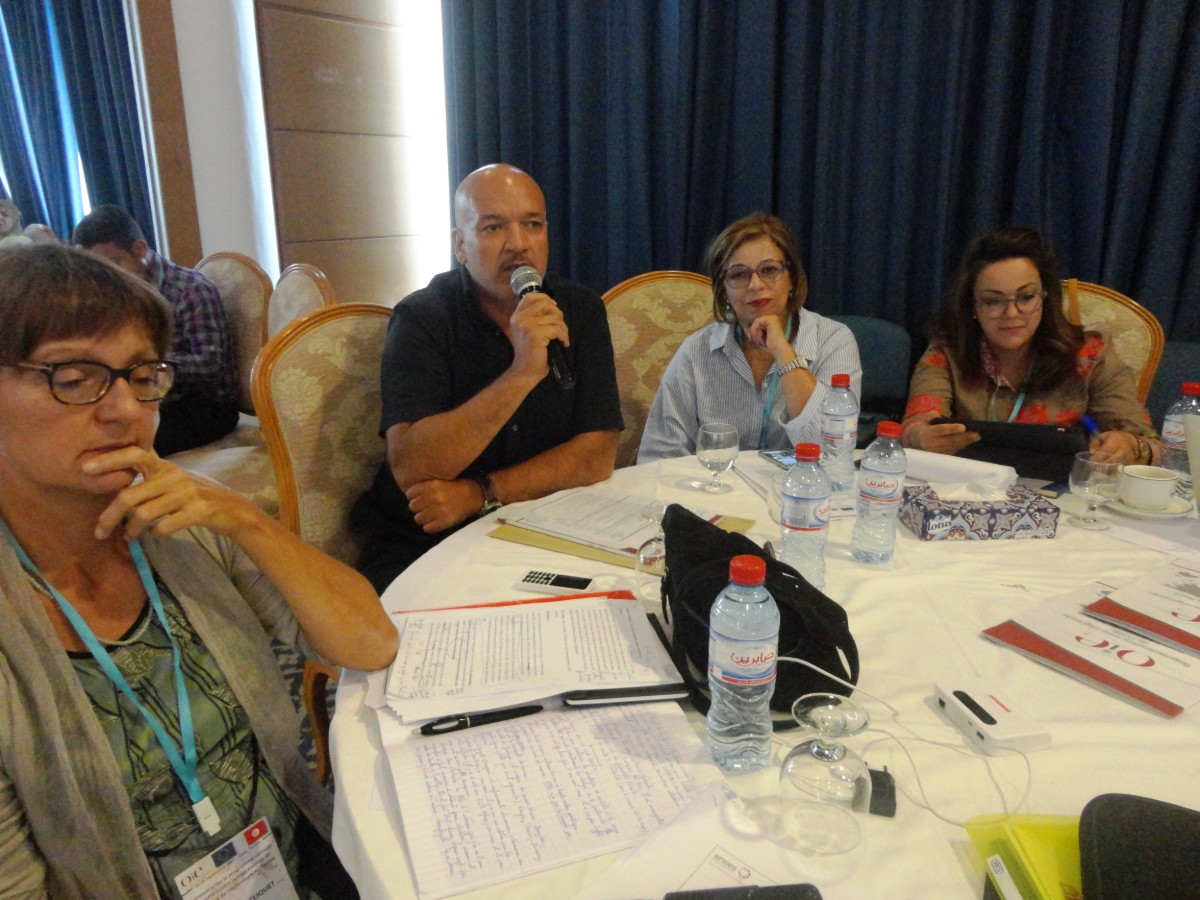 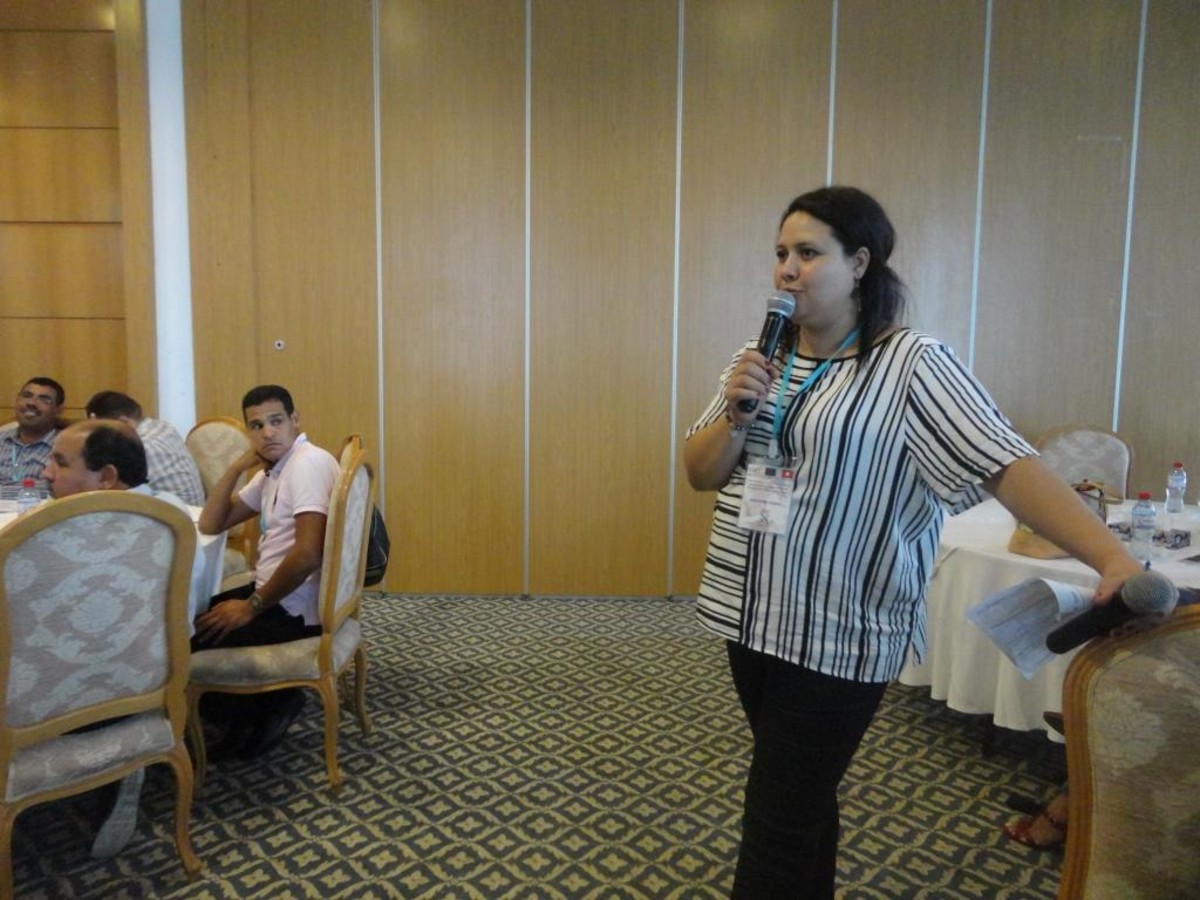 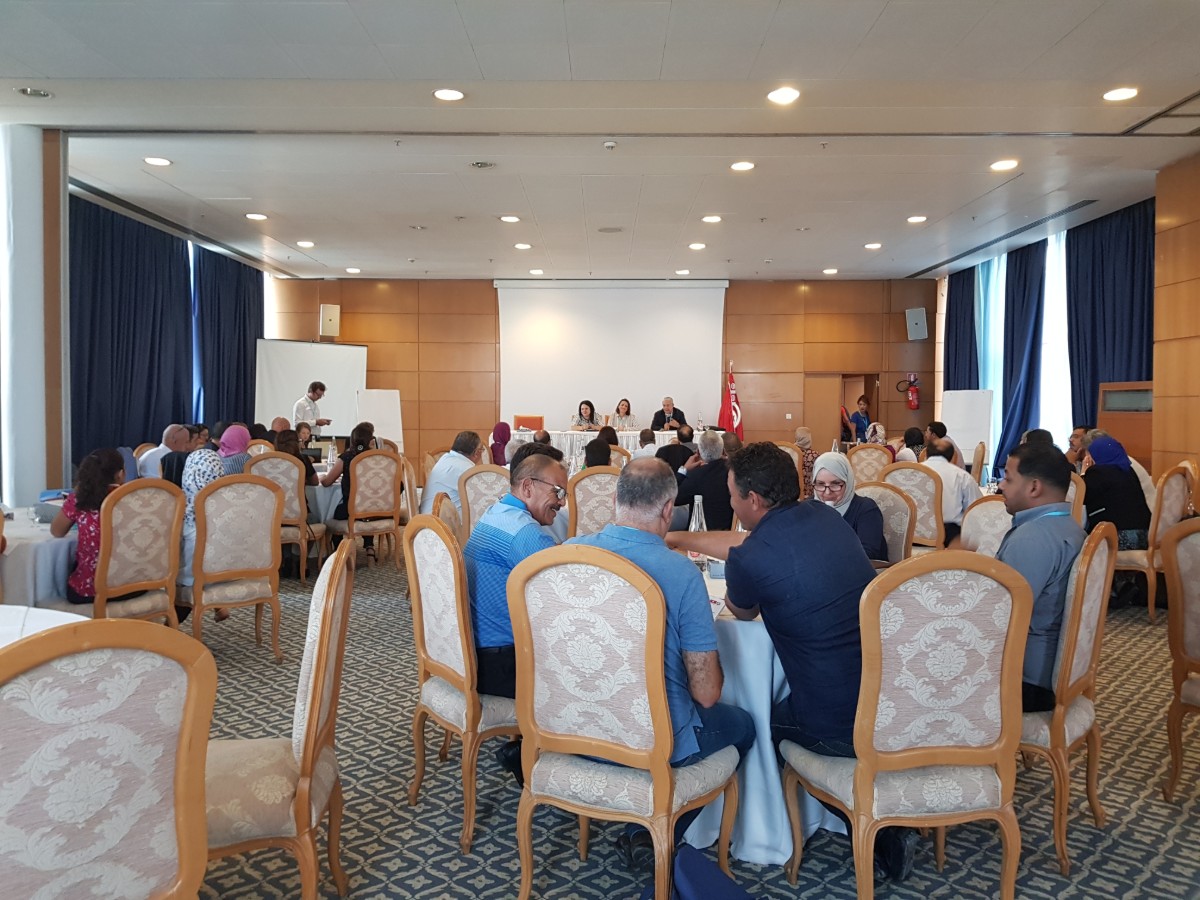 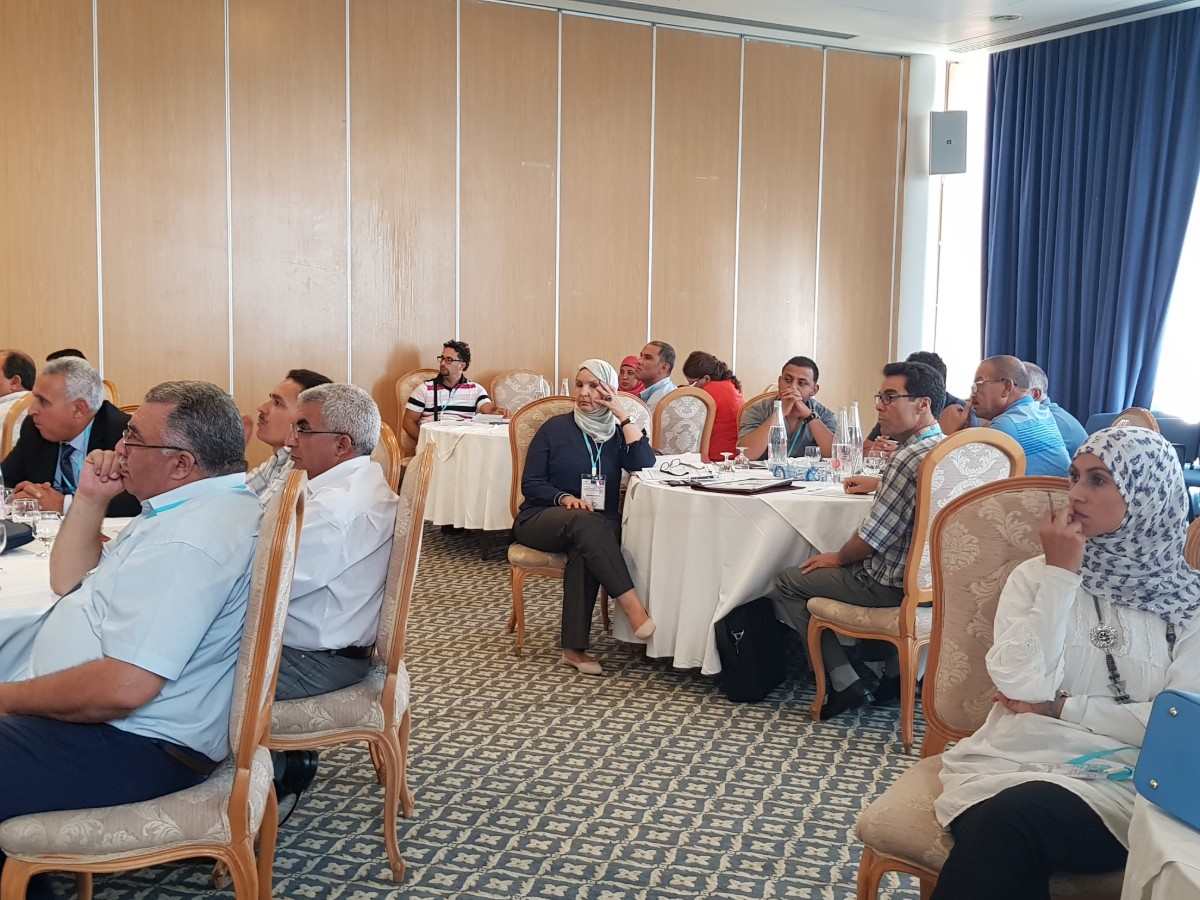 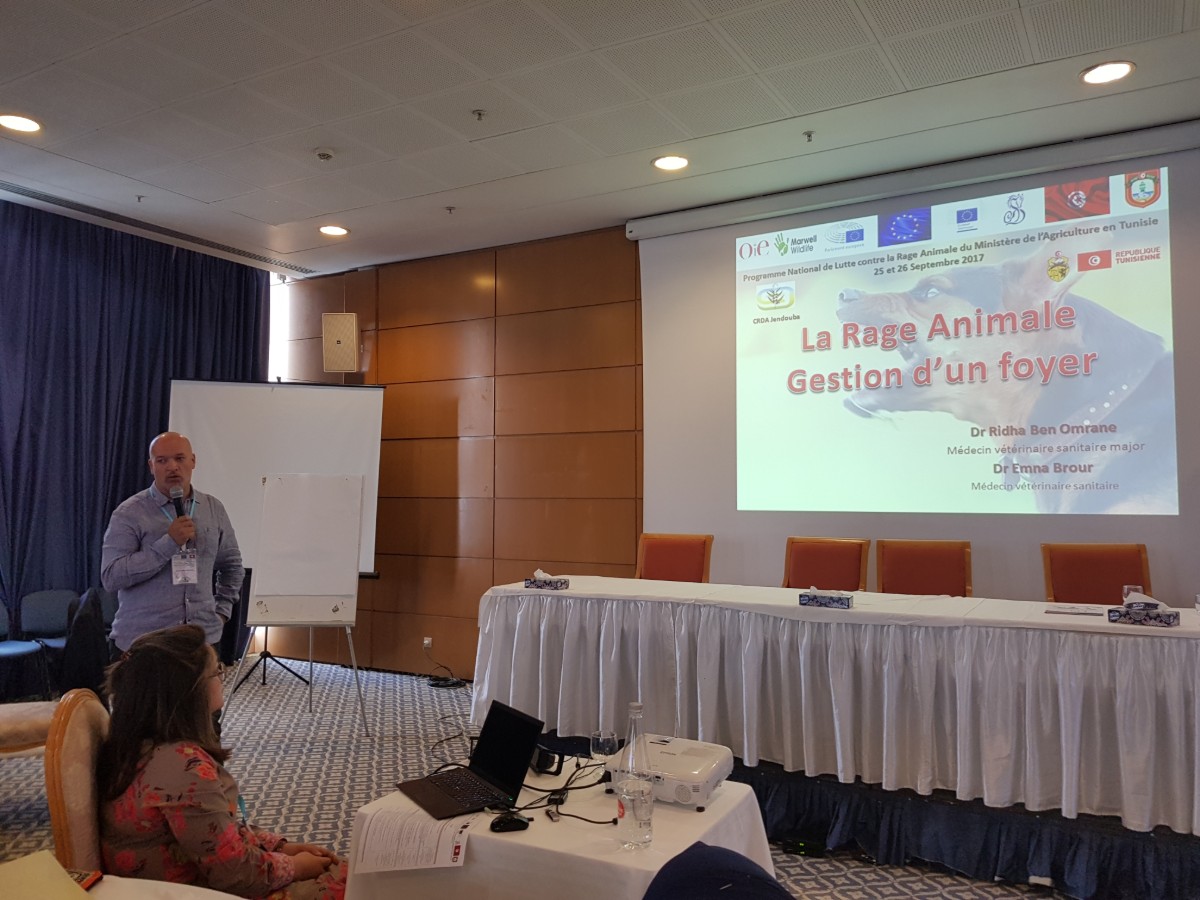 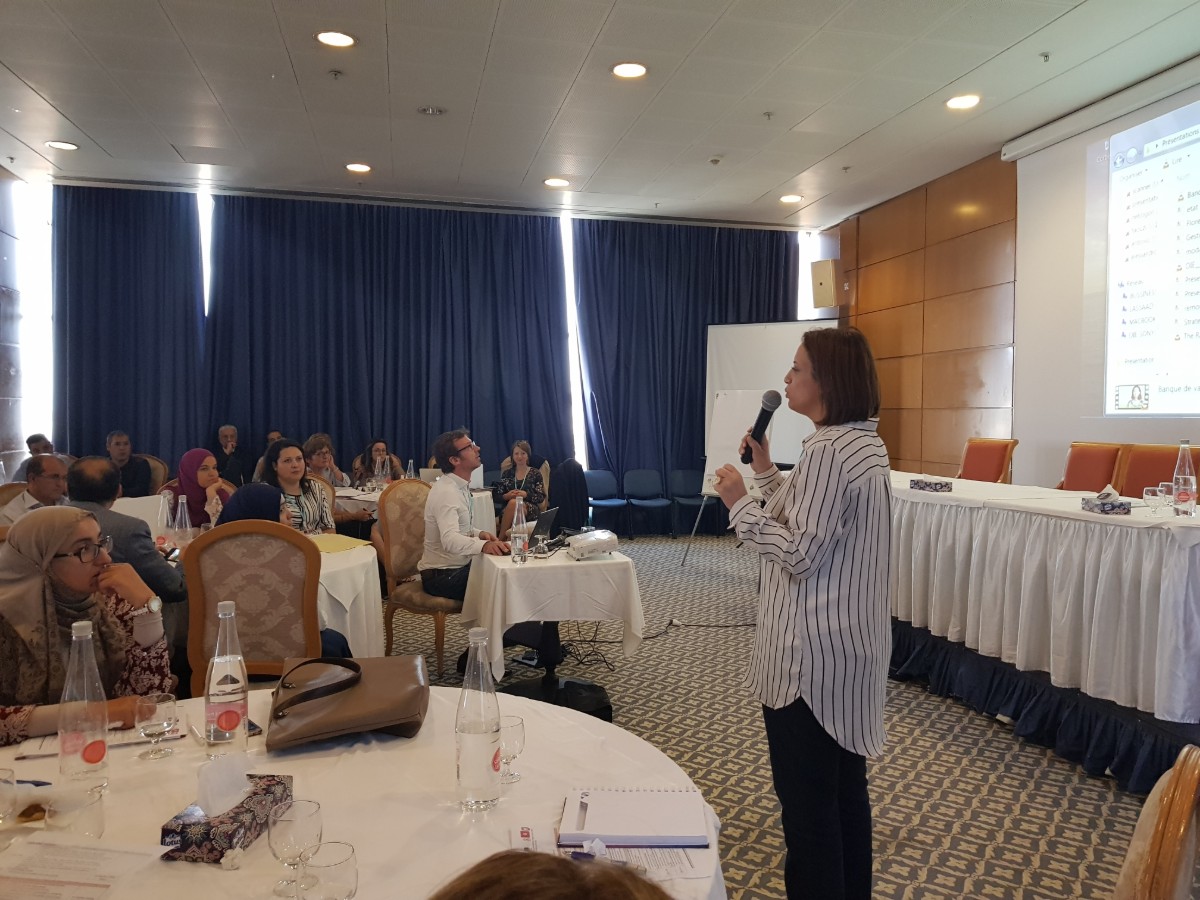 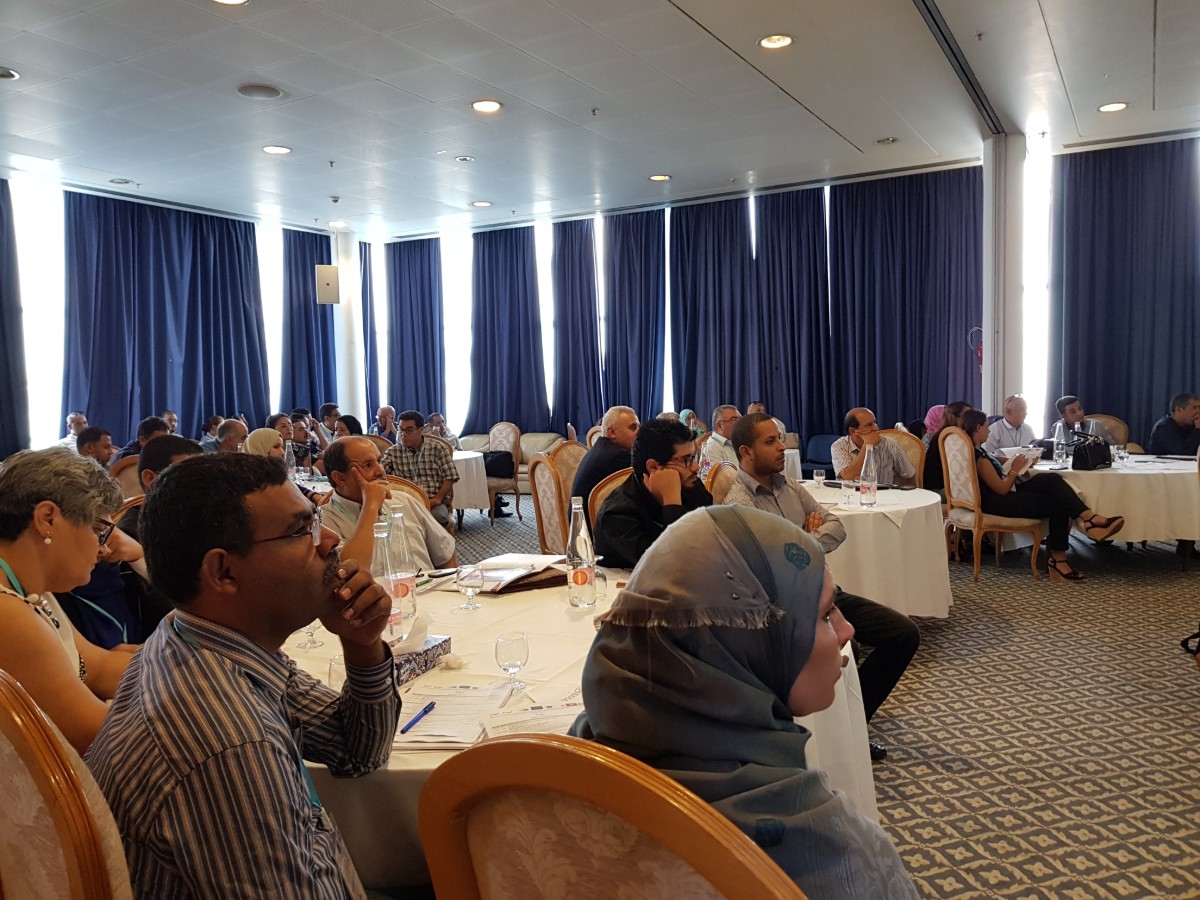 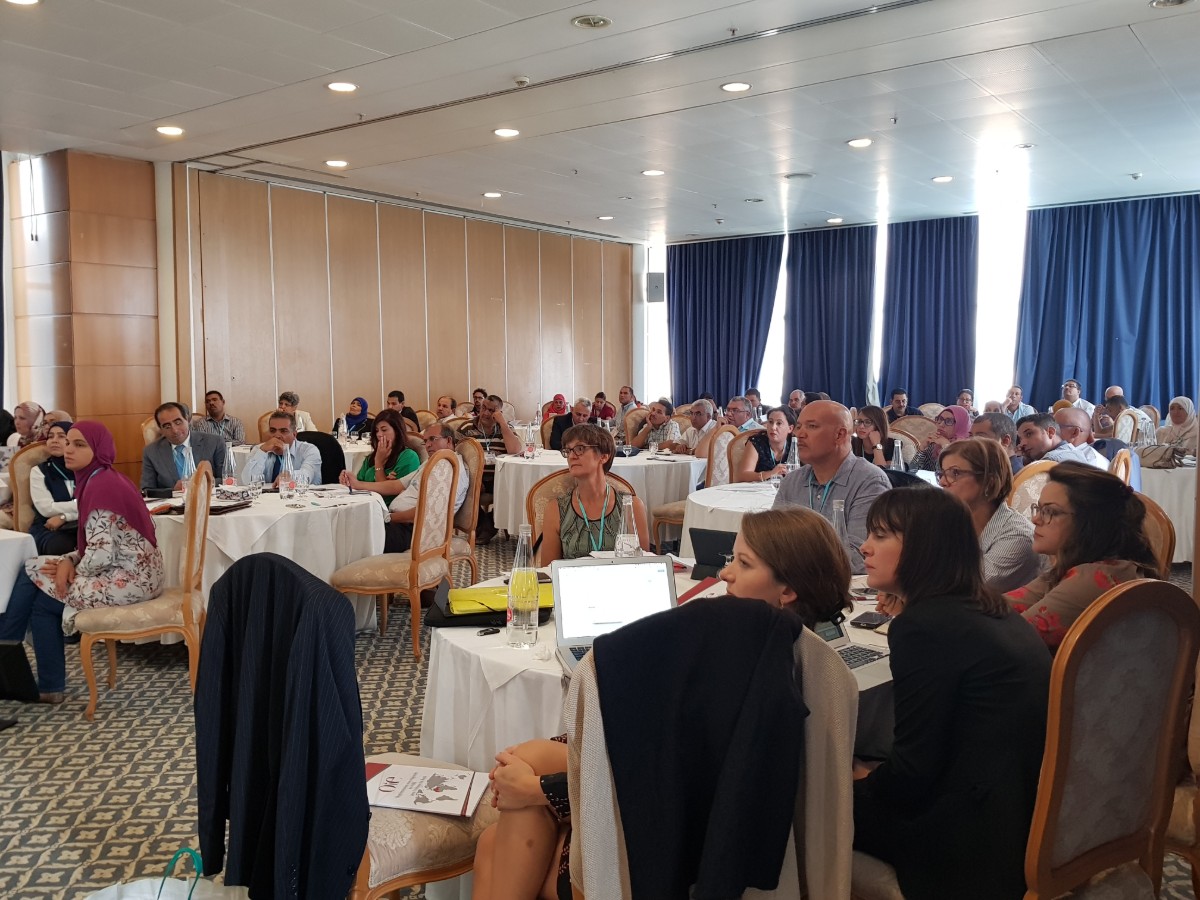 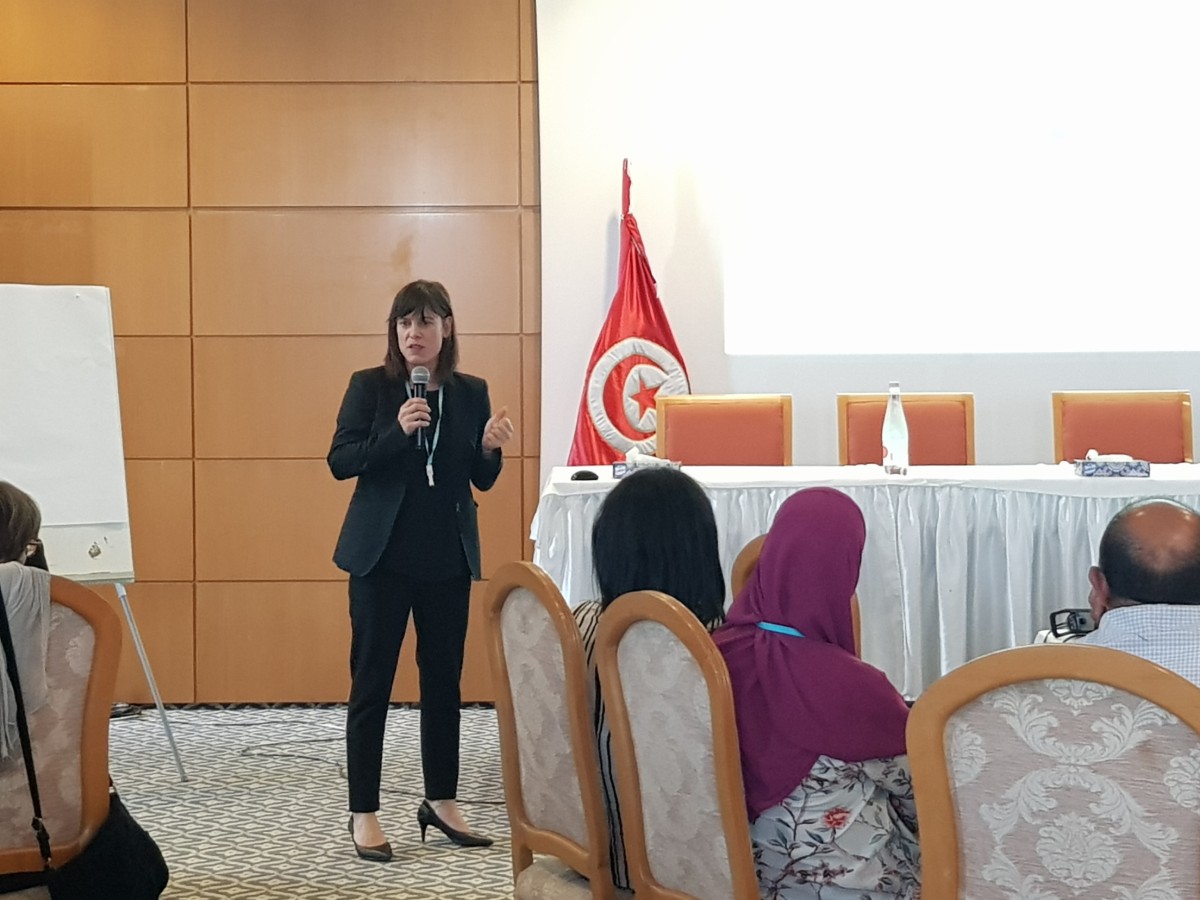 Rabies is a widespread, neglected and under-reported zoonosis with a mortality rate of almost 100% in both animals and humans. This disease remains endemic in North Africa where almost all human cases are due to bites of rabid dogs. Therefore, controlling the disease in dogs appears to be the best way to avoid rabies in humans.

In line with the outcome of the global conference on “Global elimination of dog-mediated human rabies – Let’s act now!”, held in Geneva, Switzerland, from 10 to 11 December 2015, and Resolution 26 on rabies entitled “Global elimination of dog-mediated rabies” adopted by the World Assembly of OIE Delegates at its 84th General Session, which took place from 22 to 27 May 2016 in Paris, France, the OIE is pursuing its commitment to the fight against rabies at the global level through: a) the adoption and updating of international standards for the prevention and control of rabies; (b) the provision of training to OIE national focal points for animal disease notification / wildlife / communication in order to improve their knowledge of rabies and to adapt information on the disease communication in their respective countries; (c) the development of twinning agreement between OIE laboratories to improve the capacity and access of member countries to the diagnosis and scientific expertise on rabies; (d) the contribution of the OIE Reference Laboratories to the development of safe and effective testing and control methods; and (e) promotion and use of regional vaccine banks for vaccination of dogs. 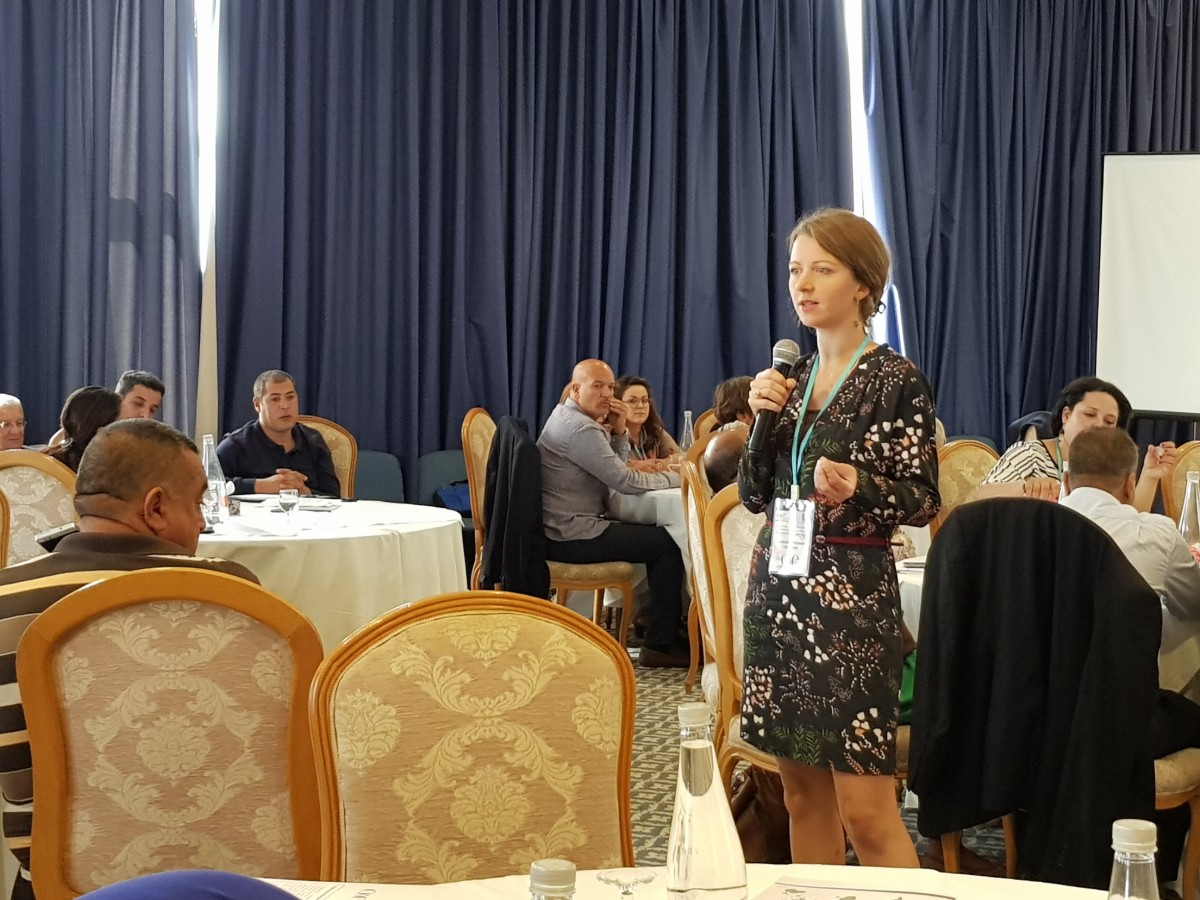