Impact of diseases on meat and milk 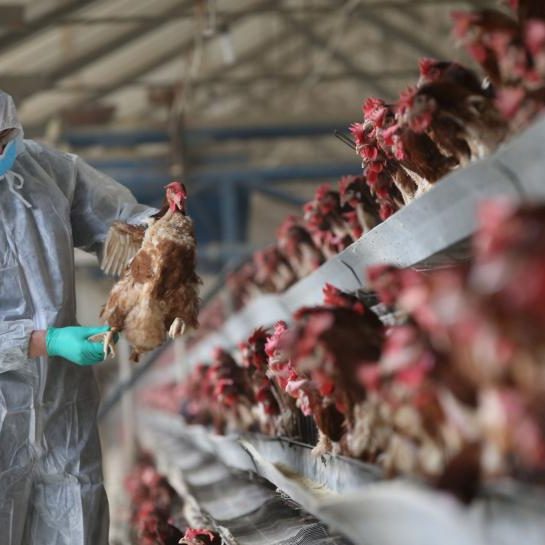 From 1961 to 2011, average meat consumption in the world increased from 23 to 43 kg per capita/year and milk consumption increased from 75 to 87 kg per capita/year (FAOSTAT). Currently, meat and milk production are increasing by approximately 2.2% per year. Over the next ten years, although growth is expected to slow, it is expected to remain above demographic growth (OECD-FAO Outlook 2013).

Numerous studies demonstrate the importance of the inherent losses from infectious animal diseases and from emerging zoonotic risks threatening humanity. For example, Foot and Mouth Disease cause losses of approximately USD 25 billion per year (J. Rushton, 2012). Ticks and tick-borne diseases cost approximately USD 17 billion per year (De Castro, 1997). The World Bank has estimated losses of USD 200 billion (direct and indirect) caused by zoonoses during 2000 and 2010. According to an OECD report (2011), a severe avian influenza pandemic could cause the death of 70 million people and decrease global GBP by 4.8%.

However, there is little information on the impact of endemic livestock disease and non-infectious diseases, among which include bacterial and parasitic diseases, for example, and diseases affecting the musculoskeletal, reproduction and production systems.

The OIE estimates that morbidity and mortality due to animal diseases cause the loss of at least 20% of livestock production globally. This represents at least 60 million tonnes of meat and 150 million tonnes of milk with a value of approximately USD 300 billion per year.

A study in three sub-Saharan African countries: Burkina Faso, Mali and Niger (Kaboret 2011) showed that, in 2009, in these three countries, 2.1 million cattle and 13.1 million small ruminants died from diseases. The value of these losses has been estimated at USD 1 252 million, which accounted for 34% of livestock GDP, 14.3% of agricultural GDP and 5.5% of the total national GDP of these three countries.

To reduce the risk of loss of animals and production, poor farmers are diversifying their activities. Generally, they cannot raise genetically improved animals, as the positive impacts of genetic improvement on animal health and production capacities can only occur if hygiene and nutrition requirements are met. Due to the importance of the risk of loss, poor farmers must often renounce the needed investments to improve the performance of their animals.

In the future, the productivity gap between countries could widen. At the moment, in LDCs, 40% of poultry consumed is imported and imports of animal products are increasing by 16% per year.

Analyses conducted by the OIE show that the Veterinary Services of 120 countries require assistance.

The OIE provides a tried and tested tool, the “OIE PVS Pathway” to sustainably improve Veterinary Services, animal and public health as well as animal welfare. This Tool is available to all countries upon official request, and its implementation is supported by the OIE World Animal Health and Welfare Fund.

Growth in livestock production has been very strong in Latin America and Asia. In these regions, improvements in animal health, new productivity gains and increased purchasing power should result in further increases in production. Africa, the continent with the largest number of Least Developed Countries (LDC), constitutes a special case. It represents the continent with the highest growth in the human population, yet livestock productivity and animal product consumption (17 kg of meat and 44 litres of milk per capita/year) is the lowest. It is important that this region gains political support for animal health to improve livestock production.