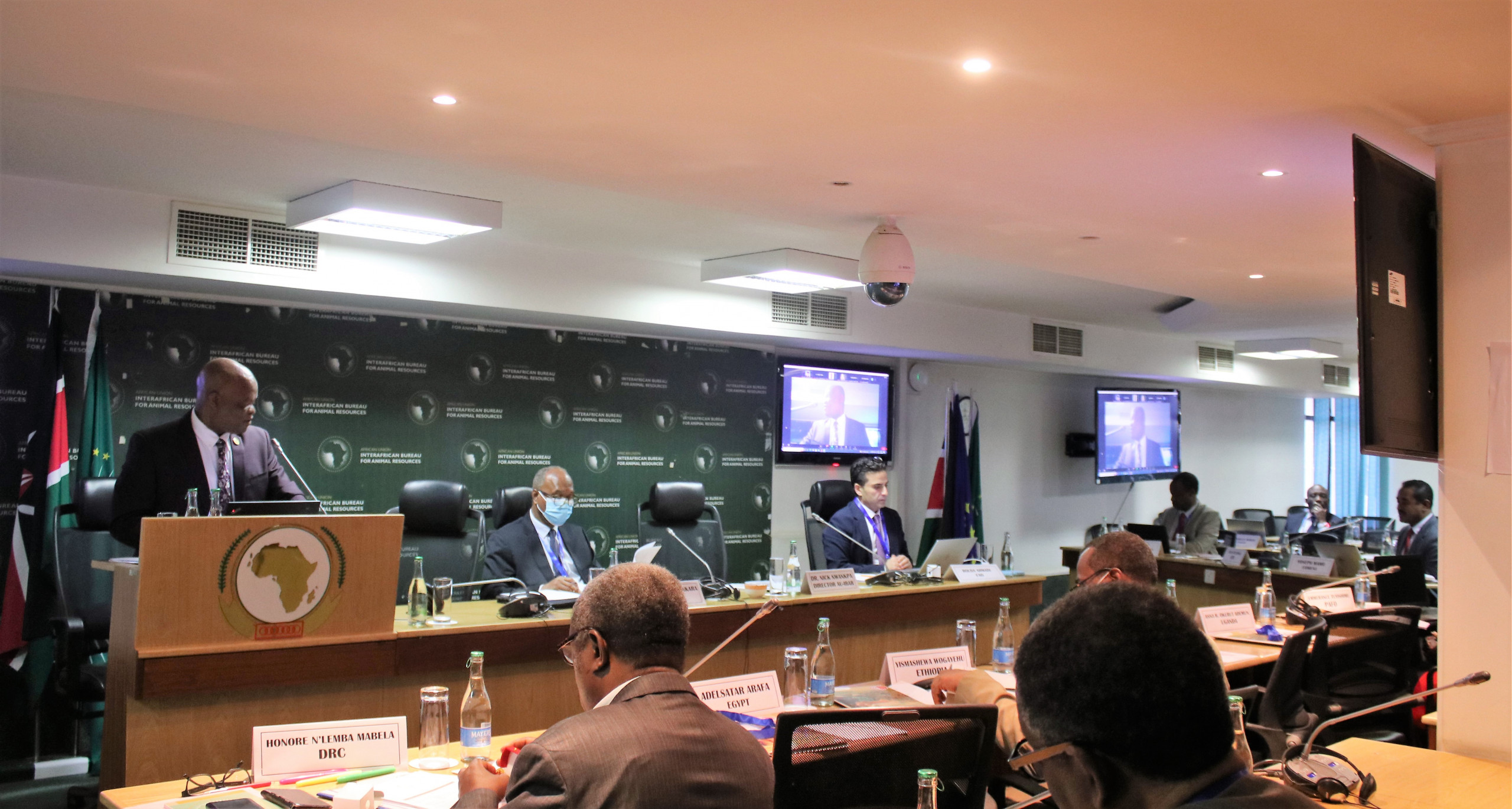 Nairobi, Kenya, 23 June 2022  –  The Global Framework for the progressive control of Transboundary Animal Diseases (GF-TADs) is a joint initiative of the World Organisation for Animal Health (WOAH) and the Food and Agriculture Organization of the United Nations (FAO) which endeavours – amongst others – to empower regional alliances in the fight against transboundary animal diseases (TADs), to facilitate capacity building and to assist in establishing programmes for the specific control of certain TADs based on regional priorities.

Following a successful 10th Regional Steering Committee (RSC) meeting held in October 2021, which saw the adoption of the GF-TADs for Africa Regional Strategy , the GF-TADs held its 11th Regional Steering Committee meeting from 21-23 June 2022 in Nairobi, Kenya at the African Union’s Interafrican Bureau for Animal Resources (AU-IBAR) premises. The hybrid meeting united 55 participants, including country representatives from the Democratic Republic of Congo, Eswatini, Namibia and Senegal.

In his opening remarks Dr Nick D. Nwankpa, the Ag. Director of AU-IBAR and President of the Regional Steering Committee emphasised the need to strengthen cooperation and partnerships to leverage the continent’s comparative advantages and resources, given the heavy burden of TADs on the continent, exacerbated by inadequate investments by Member States, RECs and partners.

“Some issues raised are extremely urgent, for instance we only have eight years to achieve the global eradication of peste des petits ruminants (PPR). FAO and partners have developed the necessary tools and strategies for the implementation of the National Action Plans in Member Countries. This however requires investments by both Member Countries and international partners”, said Dr Mohammed Shamsuddin, FAO Regional Office for Africa.

Dr Karim Tounkara, WOAH Regional Representative for Africa and Regional Secretary of the GF-TADs for Africa, also highlighted the priority TADs that have been identified GF-TADs Africa: foot and mouth disease (FMD), PPR, African swine fever (ASF), Rift valley fever (RVF) and contagious bovine pleuropneumonia (CBPP). These diseases are endemic in many parts of Africa, and require strong regional collaboration to achieve their control, if not eradication.

The African Union,  through the Ag. Director of AU-IBAR, Dr Nick Nwankpa recognised the efforts of Dr Karim Tounkara,  WOAH Regional Representative for Africa and Dr Junaidu Maina, Chair of the FAO/WOAH Joint Advisory Committee (JAC) for their distinguished efforts that contributed towards the eradication of rinderpest on the continent. Both were honoured with a certificate of recognition and golden plaque to commemorate the great institutional and individual contributions they made. The continent celebrated 10 years since the disease was officially eradicated (in 2011).

Over the course of the three days, participants were invited to present, debate and agree on short- to mid-term initiatives pertaining to the three GF-TADs global priority diseases (FMD, PPR and ASF), the to the two GF-TADs regional priority diseases (CBPP and RVF), as well as re-emerging diseases (H5N1 avian influenza and African horse sickness) in addition to cross-cutting issues such as the role of farmers’ organisations, veterinary schools, laboratory programmes, capacity building programmes and regional economic communities in achieving the objectives of the GF-TADs for Africa. 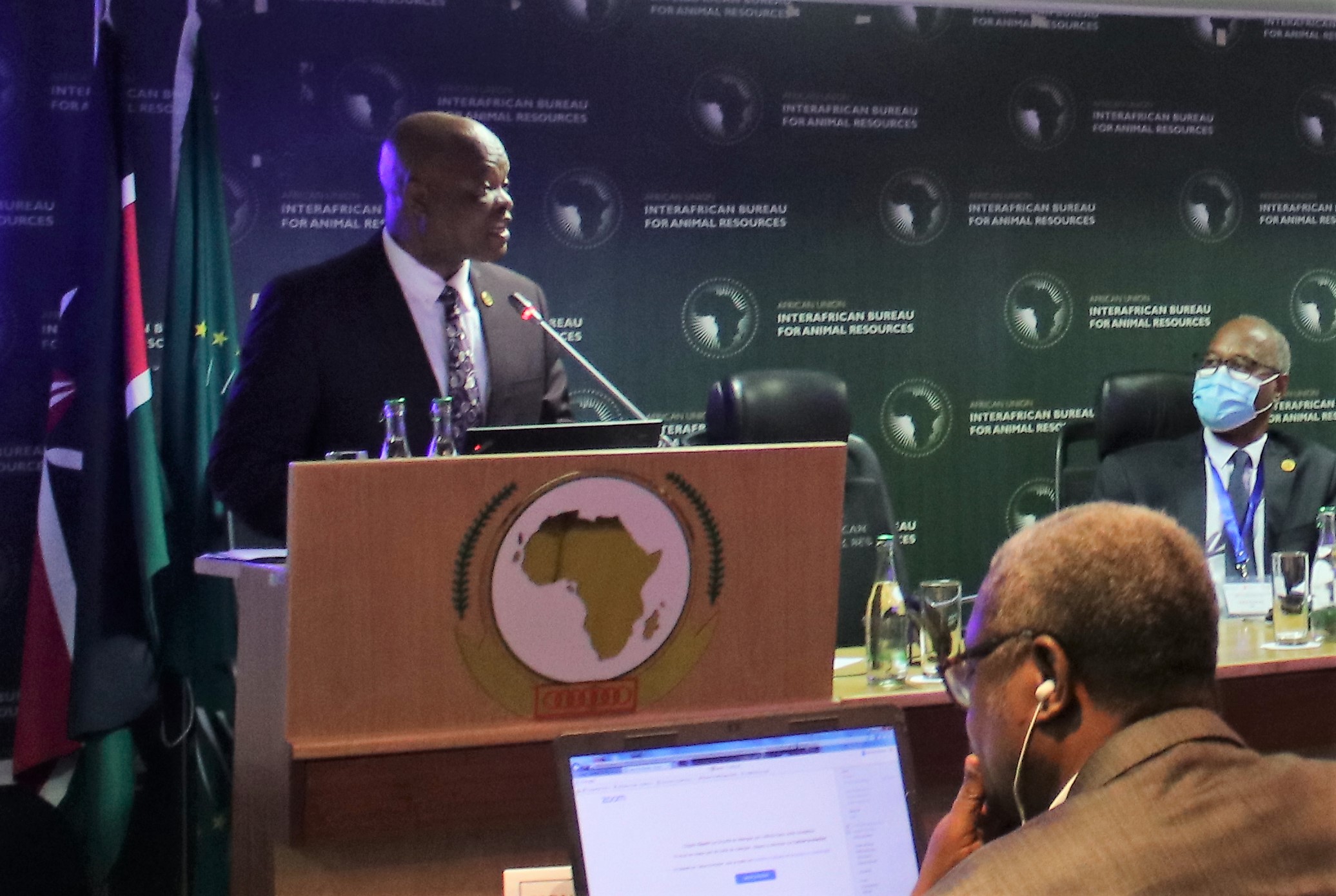 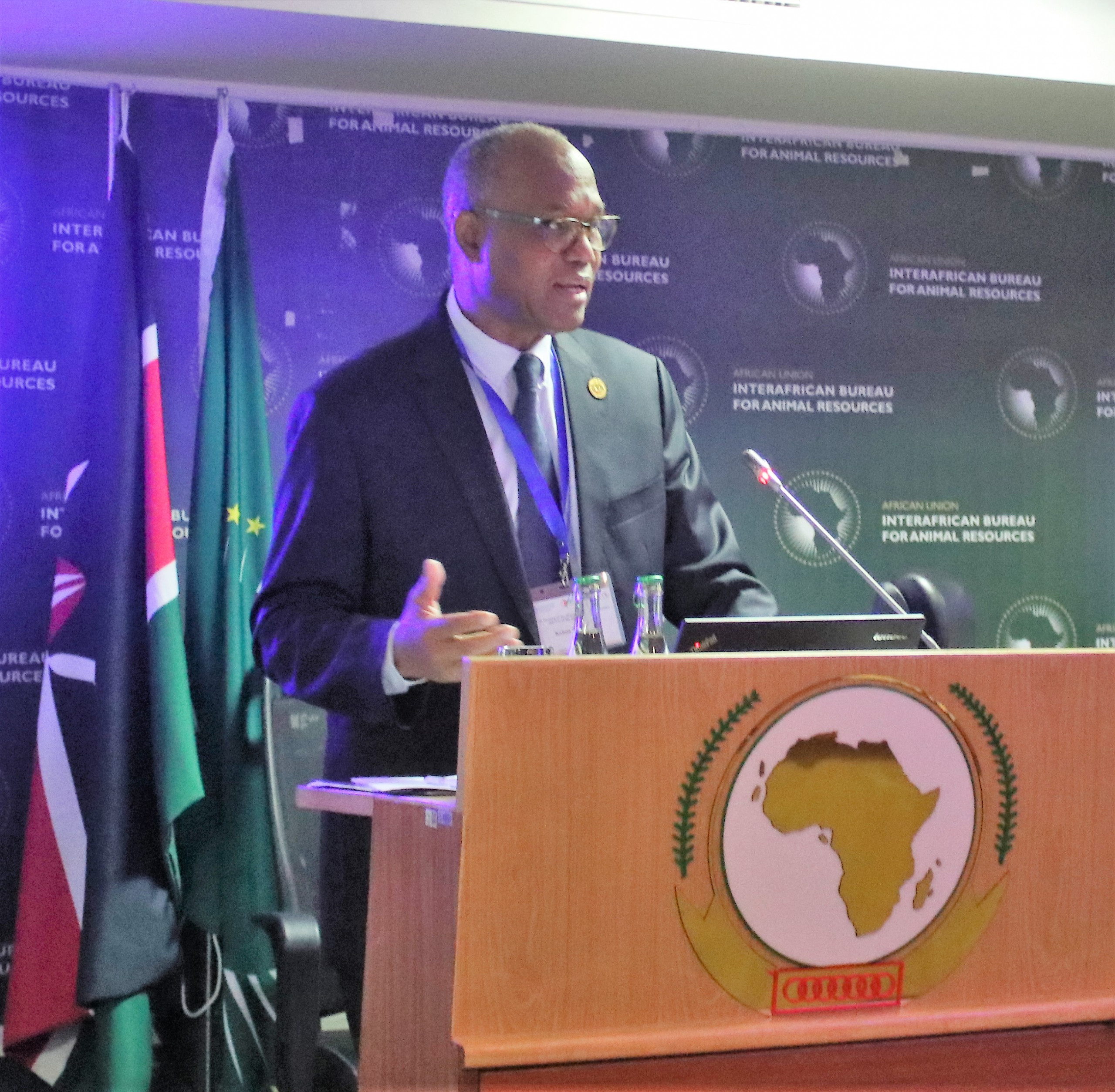 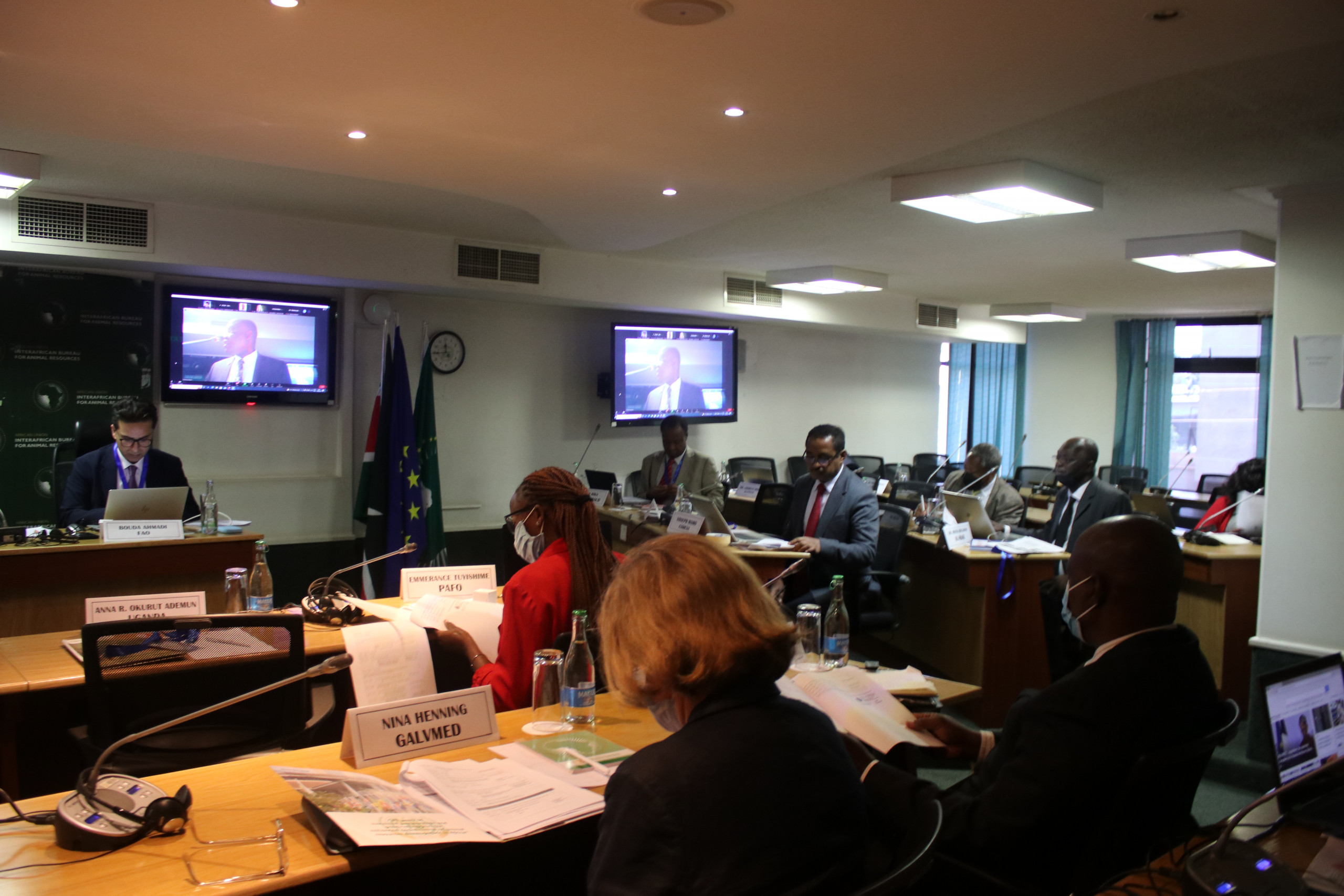 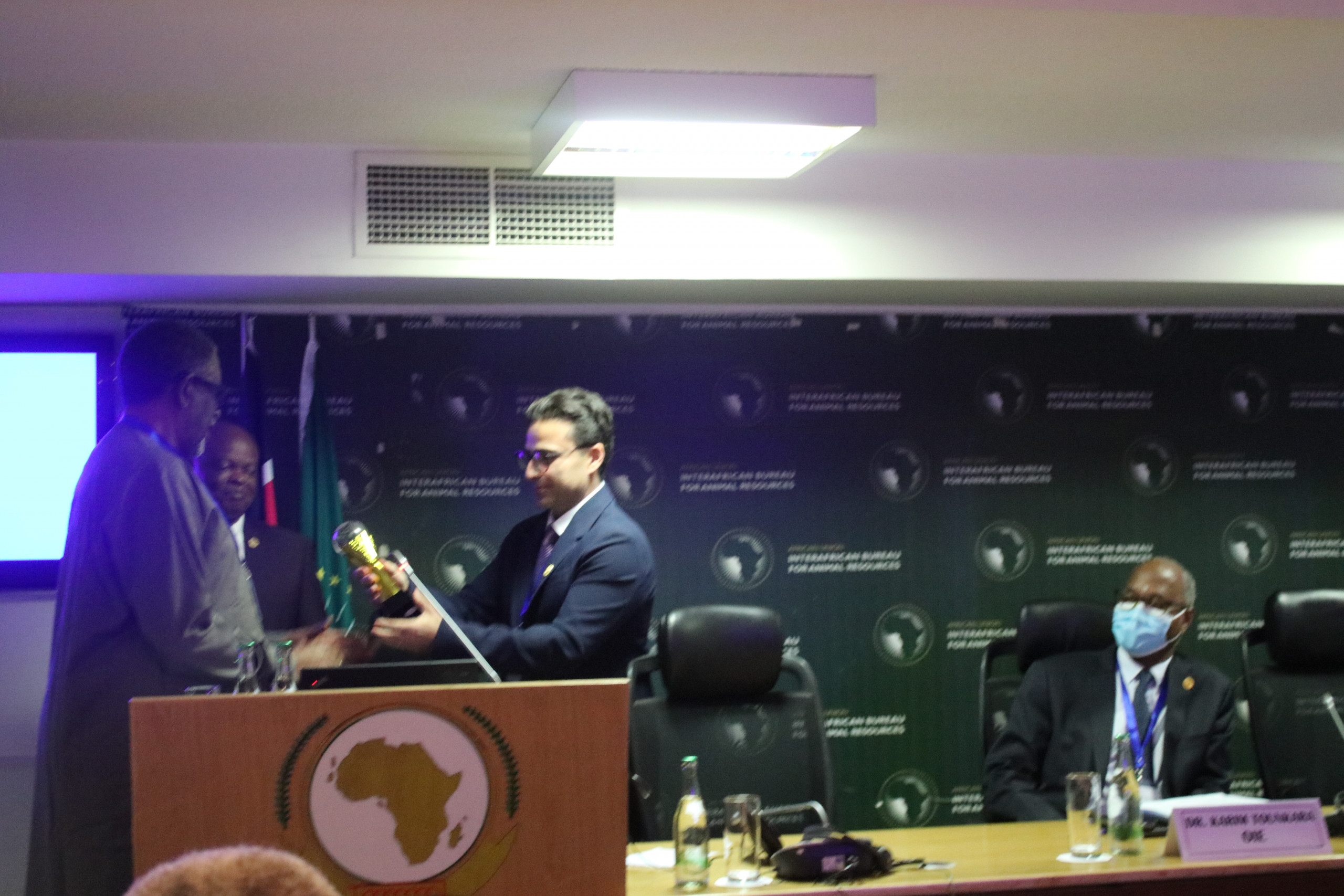 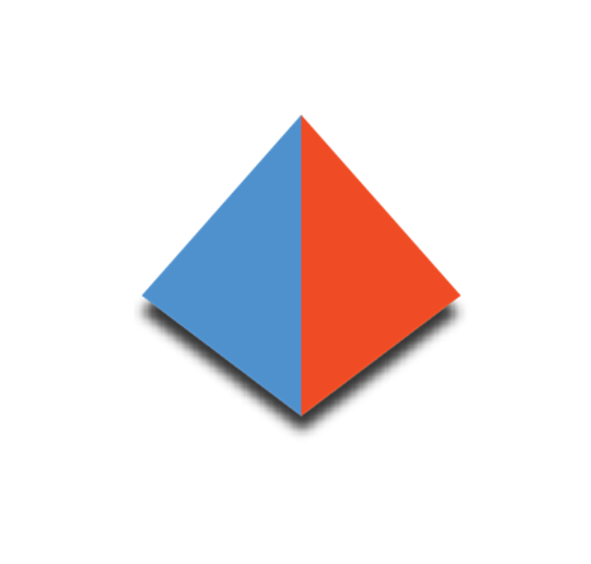