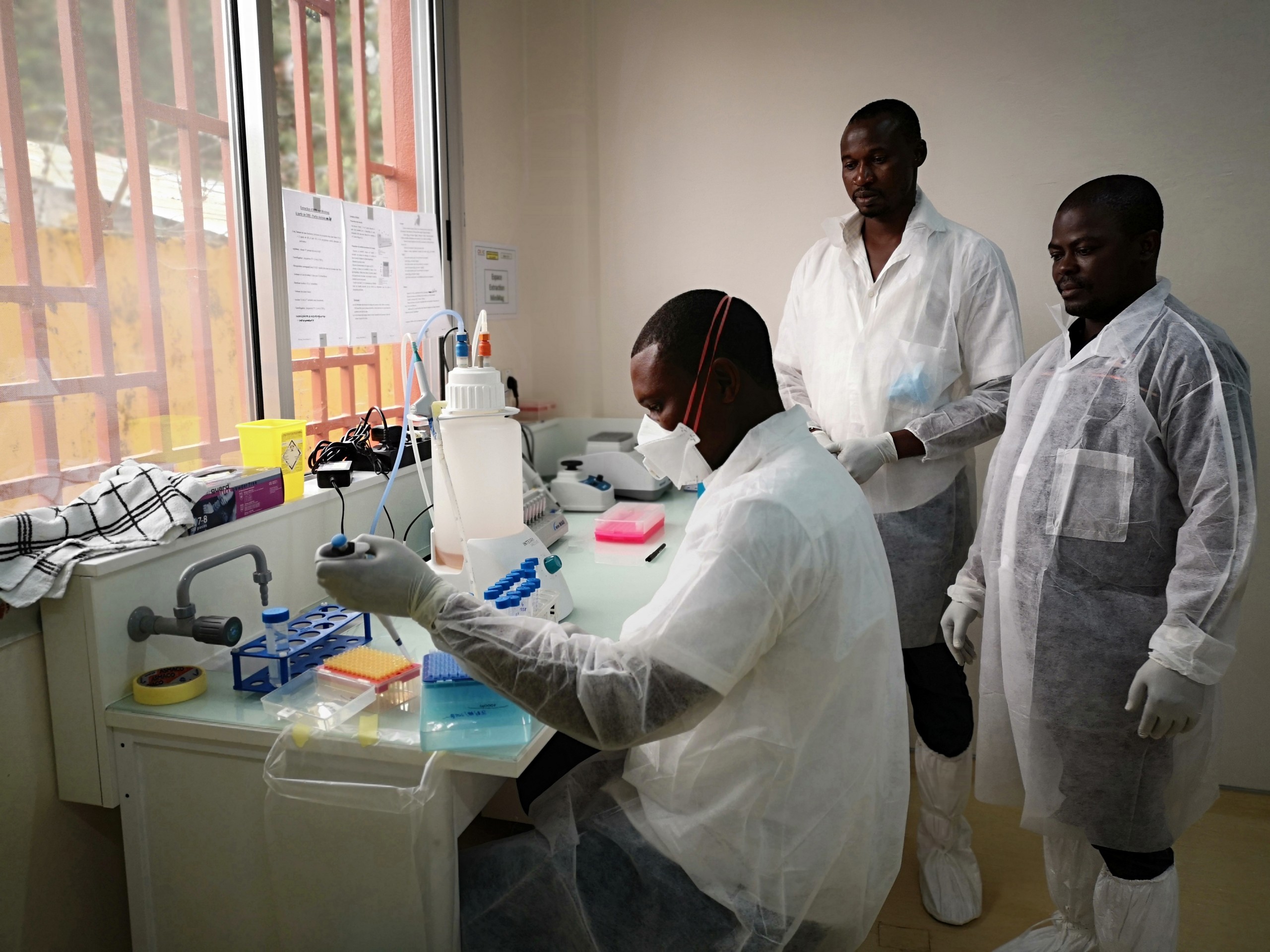 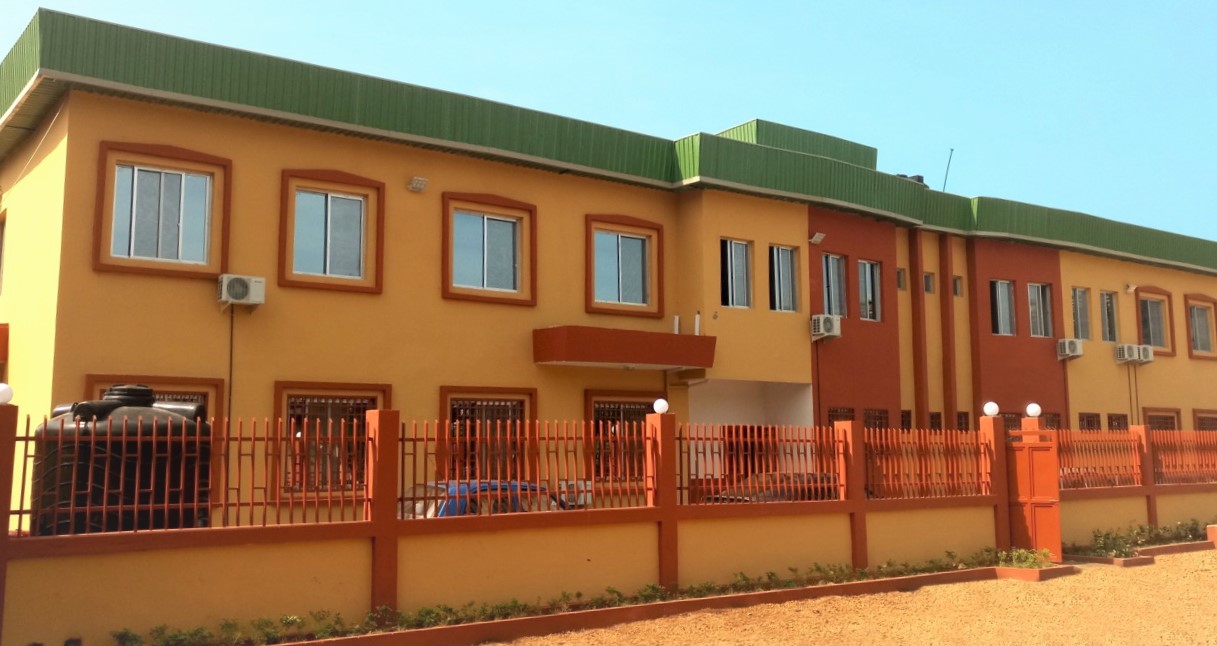 The COVID-19 pandemic has been a challenging time that strains the capacities of national health institutions, especially for countries where the health infrastructure is less resilient. For the Republic of Guinea, however, the outbreak turned out be an opportunity to showcase its notable advancement in developing an autonomous, national laboratory and diagnostic system. The investment and preparation of such a system to respond swiftly and precisely in the face COVID-19 stems from Guinea’s battle against another disease: Ebola.

the reality of [capacity building training] is that the North supports a country in the South, which then serves as an amplifier of a skillset or knowledge for other countries of the region

The West African Ebola epidemic of 2014-2016 severely affected Guinea, as the nation suffered from nearly 4000 cases and over 2500 deaths. The government realised the importance of increasing health investment to respond to future outbreaks, specifically in its laboratory capabilities to provide accurate testing.  As a result, a few laboratories, including the Centre de Recherche et de Formation en Infectiologie de Guinée (CERFIG) and the Institut Pasteur Guinea, were created in response to this need in 2018. 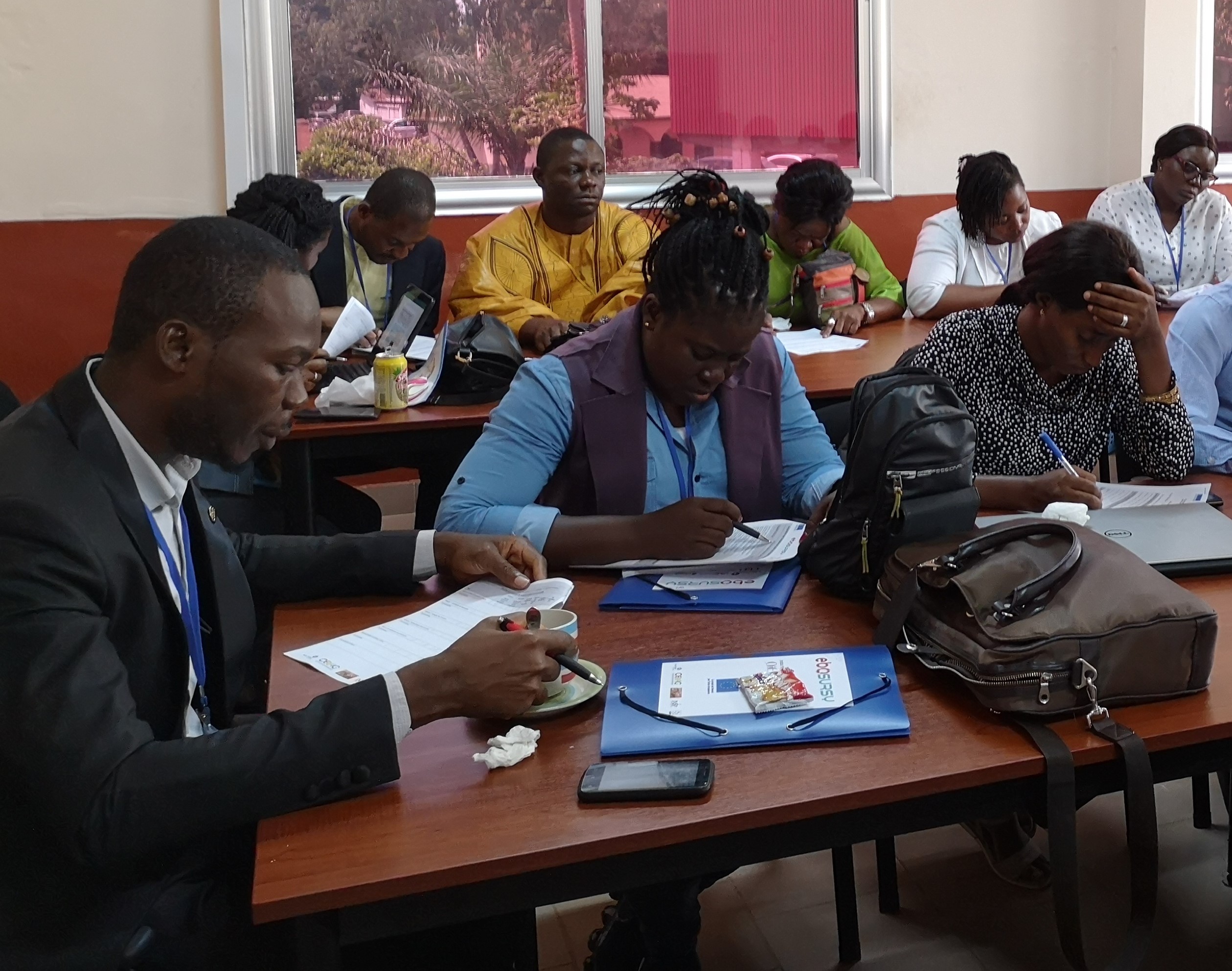 CERFIG and Institut Pasteur Guinea soon became prime candidates for the EBO-SURSY Project’s One Health training, and both laboratories agreed to host the meeting for the project’s 10 target countries in October 2019. Organised by project Consortium partners, Institut Pasteur, Institut De Recherche Pour Le Développement (IRD) and CIRAD, this training-built capacities on the newest diagnostic techniques and equipment, thereby enhancing early disease detection efforts and reducing vulnerability to infectious disease threats in the region. These on-the-job trainings support national efforts to build and sustain sentinel systems of surveillance, such as the one created to monitor influenza epidemics by The Institut National de Santé Publique (INSP) of Guinea before the COVID-19 pandemic. This system would soon be put to the test as a disease no one had prepared for, COVID-19, arrived in Guinea in March 2020.

Diagnostic testing is an easily transferable skill between certain viruses, including from filoviruses which cause Ebola virus disease, to the strain of coronavirus which has caused the COVID-19 outbreak. The first case of COVID-19 in Guinea was diagnosed in the country, with confirmation by the World Health Organization reference laboratory for influenzas in Dakar, Senegal. The laboratory technicians in Guinea quickly proved that the country was competent enough to independently keep up with the testing demands of its population. At the start of the sanitary crisis, only three laboratories, including the EBO-SURSY Project partner, Institut Pasteur Guinea, contributed to the demands of COVID-19 testing. Testing was then quickly decentralized to other competent labs to provide better coverage of the country. Among the laboratories deemed proficient enough to contribute to the outbreak response was CERFIG.

CERFIG provides 24-hour turn-around on COVID-19 testing, including reception, sampling, and confirmation. Maintaining this demanding schedule is a symbol of CERFIG’s success as many laboratories around the world struggle to keep up with testing demands in appropriate turn-around periods. CERFIG notes that part of their success is due to the benefit of EBO-SURSY Project training, which focused on strengthening the practical capacities of their lab technicians and biologists on new diagnostic techniques, including the use of innovative technologies such as Luminex, a tool to test for antibodies for diseases like Ebola virus, and MinION, a tool to identify and sequence single-strand DNA. Laboratories with capacities such as these are important in signalling to the community if there is a potential outbreak, regardless if it is influenza, Ebola, or COVID-19.  Dr Alpha Keita, Deputy Director of CERFIG, notes that this epidemic marks the first time the country was able to independently handle the diagnostic testing demands of its population (after the confirmation of the first case), without any external assistance.

This remarkable accomplishment, and sign of strengthening institutional health autonomy, is the result of triangular cooperation which synergizes the two traditional dynamics of North-South and South-South cooperation to magnify results. As Dr Keita reflects, “the reality of [capacity building training] is that the North supports a country in the South, which then serves as an amplifier of a skillset or knowledge for other countries of the region”. There are various examples of this mutual support between Global South countries, especially between Guinea and the Democratic Republic of the Congo during their respective Ebola crises. As a part of triangular cooperation, EBO-SURSY Project’s scientific partner, IRD, has provided technical support and capacity building training to its teams and other professionals in West Africa. During the 2014-2016 Ebola epidemic in Guinea, teams of medical professionals and scientists from the DRC (including IRD colleagues) were deployed to Guinea to help control the outbreak. This in turn led a similar delegation of medical professionals (again, including IRD trainees and colleagues) from Guinea coming to the aid of the DRC during its own Ebola epidemic in 2018. By lending support, both countries capitalized upon each other’s skills and learned experiences, and became more prepared to counter any future outbreak of Ebola virus disease in their own country.

Dr Keita hopes that, in addition to addressing the needs of Guinea, CERFIG will be able to participate in more South-South collaborations in the future, and envisions the possibility of cascade trainings on the laboratory diagnostic skills learned from the EBO-SURSY Project One Health training. One of the most important points, he stresses, “A [South to South] cooperation is only viable if the two parties have something to give and to receive”. In uncertain times, where the number of cases of COVID-19 continues to rise in Africa and around the world, the demand for these skills will only increase. CERFIG in the meantime is motivated to continue meeting the demands of diagnostic testing in their country, and if possible, help Guinea’s neighbours.

[1] With the financial support of the European Union, the OIE-led EBO-SURSY project implemented in coordination with CIRAD, IRD and the Institut Pasteur, aims to reinforce the capacity of national Veterinary Services in ten West and Central African countries to monitor and respond to the Ebola virus as well as four other haemorrhagic fevers – Marburg virus disease, Rift Valley Fever, Crimean-Congo haemorrhagic fever, and Lassa fever. These five illnesses are zoonoses or diseases that can spread from animals to humans.