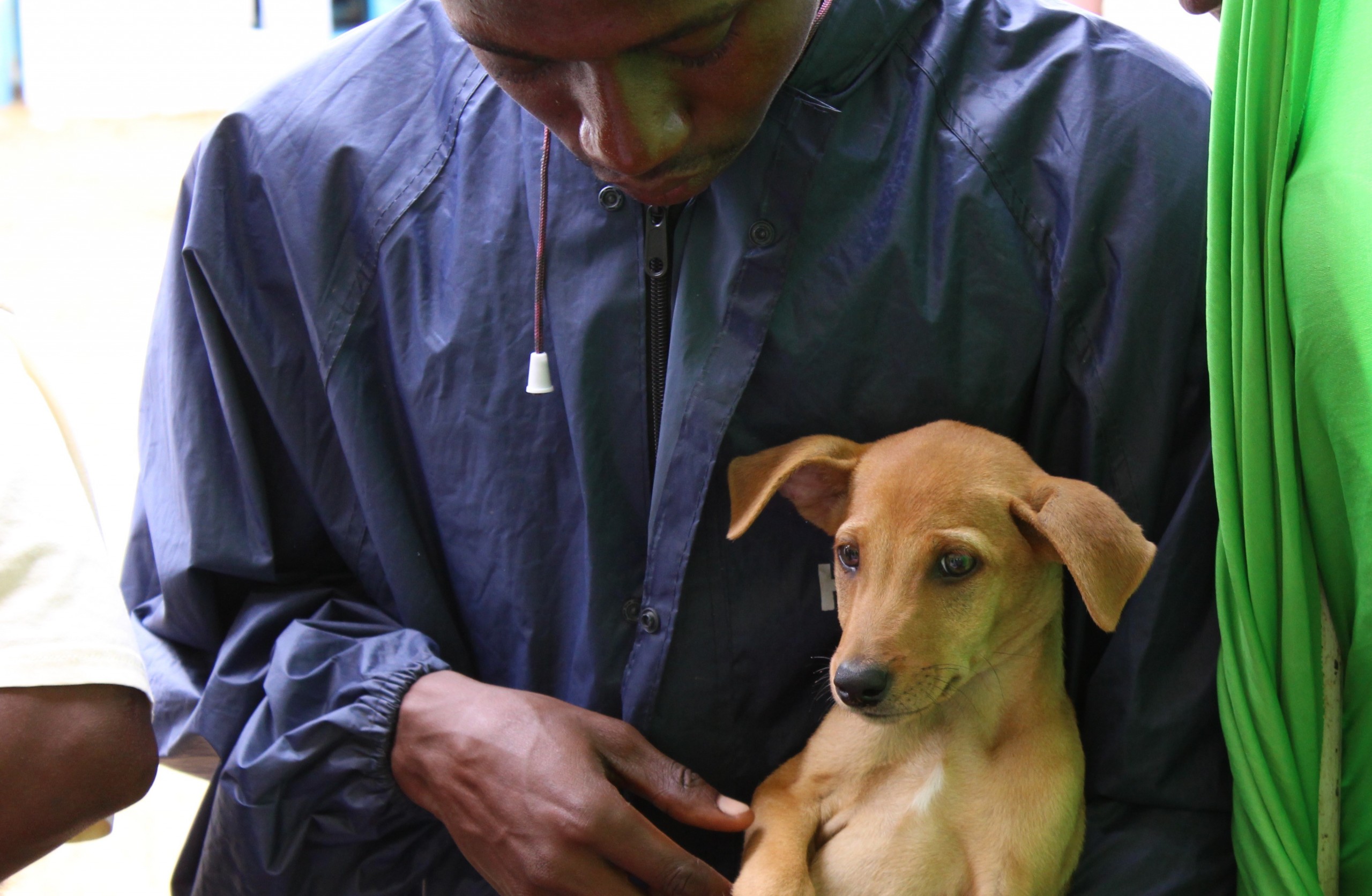 World Rabies Day is one of the most important global awareness-raising days. It is held on September 28th each year, this year’s theme is “End Rabies: Collaborate, Vaccinate”.

Today, on the occasion of the 14th World Rabies Day, the lead African Representatives of the World Health Organization (WHO), the World Organisation for Animal Health (OIE), the Food and Agriculture Organization of the United Nations (FAO) and the Global Alliance for Rabies Control (GARC) are making a joint appeal to Chief Veterinary Officers, Chief Medical Officers, and other One Health partners of the Member States in Africa to mobilise and accelerate efforts to combat rabies and rid Africa of human deaths from dog-transmitted rabies by 2030.

This year’s focus is threefold:

Rabies is 100% preventable in animals and humans, and can be prevented by vaccinating dogs, avoiding dog bites, administering post-exposure prophylaxis, raising awareness among communities, managing the stray dog populations (in line with animal welfare) and promoting the concept of responsible dog ownership within a dog population management program. There is no cure for rabies once symptoms develop, and bite victims invariably die a slow and painful death. Therefore, prevention is better as there is no cure.

Around the world some 59,000 people die of rabies every year, which means one person dies from rabies every 9 minutes. ‘Person’ usually means ‘child’; indeed, children are the main victims of rabies and 40% of the casualties are under the age of 15, mostly in the developing countries of Asia and Africa.  In this context, it is extremely important to implement awareness campaigns in the schools, including rural areas using World Rabies Day as a platform to launch long-term, sustainable programs.

Africa carries a disproportionate high burden of this disease: in Sub-Saharan Africa alone, an estimated 21,000 people still die of rabies – a preventable disease – every year. Around 99% of human cases are due to bites from infected dogs. As such, the vaccination of dogs is the most sustainable and cost-effective method to interrupt the disease’s infectious cycle between animals and humans. By vaccinating 70% of the dogs annually, rabies could be eradicated in dogs and the number of human cases would rapidly drop to almost zero.

With regards to the Stepwise Approach to Rabies Elimination and its role in Zero by 30, GARC has worked with the Tripartite and with rabies focal persons, national authorities, and experts to assess the present rabies situation in individual countries and develop a clear workplan that contributes to a strategic, well-conceived approach towards rabies elimination (31 African territories as of August 2020). In support, educational initiatives through the GARC Educational Platform have reached more than 1,8 million people in Africa (by December 2019) and contributes to a strong foundation for effective and sustainable rabies elimination activities.

Safe, effective, and affordable rabies vaccines for dogs, developed according to OIE Standards, are nowadays available. Likewise, making human rabies vaccine (and immunoglobulins) broadly available and accessible to dog bite victims is important to prevent human deaths. Since its establishment in 2012, the OIE Rabies Vaccine Bank has delivered over 25.3 million (as of October 2019) doses of dog rabies vaccine to 37 countries in Africa and Asia; this is over and above the considerable efforts deployed by individual countries through local procurement, not just by national governments, but also by local government authorities (municipalities, counties, districts, provinces). Many countries are now making impressive gains in attaining the 70% threshold for vaccination of dogs, thus breaking the transmission cycle, and making a serious dent in the rabies statistics. This includes previously affected countries that have reported zero deaths from rabies for one to two consecutive years.

Many countries have developed dedicated elimination strategies and are implementing them with the support of several partner organizations, based on area-wide or country-wide mass vaccination of dogs and strong surveillance as we speak. For the first year, countries now have the possibility to apply for the OIE endorsement of their official control program for dog-mediated rabies and countries are encouraged to request endorsement, as a step to achieve the goal of Zero Rabies by 2030.

In many countries, acquired experiences, approaches and through the development of best practices, the cost of dog vaccination has reduced to less than USD 2 per dog. In comparison to human rabies PEP – at a cost of approximately USD 40 per course – the elimination of dog-mediated rabies at the source remains the most cost-effective means to eliminate the disease. Although the road to elimination is still long, good progress is being made in Africa, and the Africa Tripartite One Health Regional Coordination Group is further supporting Africa-wide rabies elimination programming and coordination with other important partners, including the African Union and Regional Economic Communities. 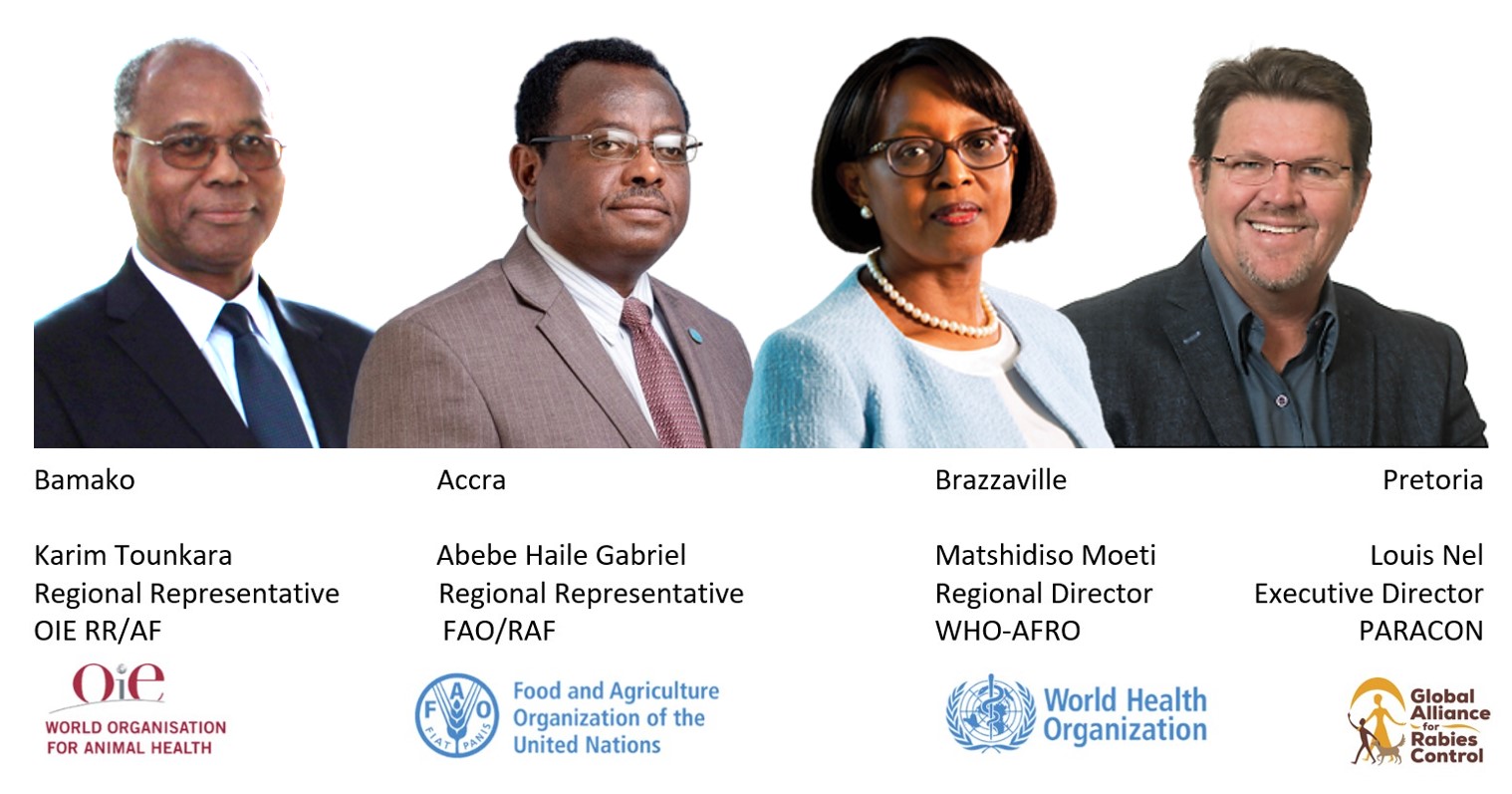